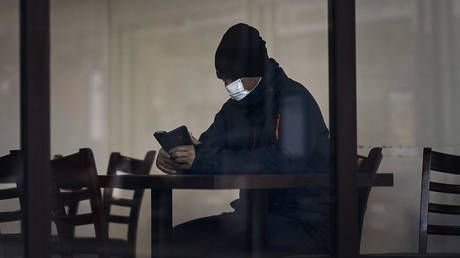 The Swedish government will tighten the opening hours of hospitality businesses and order shoppers to go out alone in a bid to avoid a third wave of Covid-19 infections, Prime Minister Stefan Lofven announced on Wednesday.

“This is no time to relax,” Lofven said during a news conference as he outlined the new measures.

The PM also warned that there is a great risk of a third wave of infections if people do not adhere to the health measures.

Under the new restrictions, from March 1, all restaurants in Sweden must close from 8:30pm, regardless of whether they serve alcohol – previous rules allowed booze-free venues to open for longer.

The Swedish Public Health Agency is also bringing in new rules to further limit the number of people allowed into shops, supermarkets and gyms, with Swedes advised to go out alone, without family or friends. The exact occupancy numbers are yet to be announced.

“There must be no crowding, not at petrol stations or in shops, not anywhere,” Lofven said as he urged the public to stick to social distancing measures in order to limit the spread of the virus.

Under the plans, the government will also give the Swedish Public Health Agency greater powers to tackle Covid-19.

During the early days of the pandemic in 2020, Sweden won plaudits for its ‘light-touch’ response to the Covid outbreak, but it was later forced into tougher measures as the virus spread and killed more people relative to its size than neighboring Norway, Denmark and Finland.

Sweden’s 14-day incidence rate of infections has climbed for the last two weeks and now stands at 445 per 100,000 people. Variants of the virus, including the strain from Brazil, have also been detected in Sweden, which Lofven said made the “situation even more worrying.”