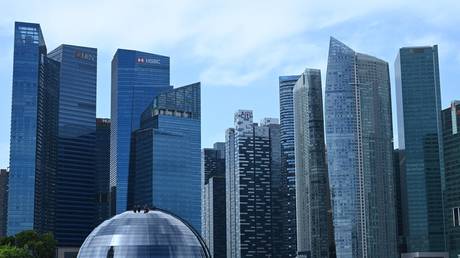 A group of Brits who broke Singapore’s strict coronavirus lockdown restrictions have been banned from working in the country ever again after they joined a large group on an island last August.

Four Brits had met eight other people for leisure activities on Singapore’s Lazarus Island last August despite lockdown restrictions. After posting the evidence online, the photo of their trip soon spread. On Wednesday, they were fined 3,000 Singapore dollars (just under US$2,300) in court.

On Thursday, these British nationals were also permanently banned from ever working in the island city-state again by the Ministry of Manpower, and their current work passes were revoked.

The other eight people involved in the illegal gathering had already been fined the same amount, and six of them were also banned from working in Singapore again last year.

The four Brits pleaded guilty to breaking temporary coronavirus laws by meeting with a group of more than four people without a lawful excuse during the country’s Phase 2 reopening, when only groups of up to five people were permitted to meet.

Deputy Public Prosecutor Timotheus Koh said the four Brits knew “full well that they shouldn’t be gathering in that size” during the Covid-19 pandemic, but did so anyway in breach of the law. The maximum penalty for their crime could have been up to six months in prison and a $10,000 fine.

According to the Straits Times, they are required to leave Singapore within a week upon the cancellation of their work passes.

It isn’t the first time Brits have been banned from working in Singapore for breaking coronavirus rules. In June, a group of British men received the same punishment, as well as $9,000 fines, for going on a pub crawl during lockdown.