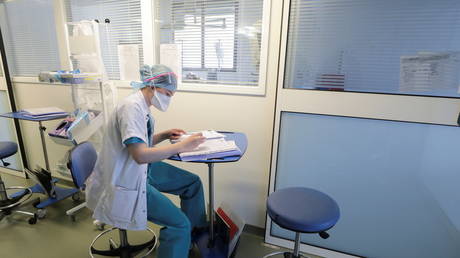 The French minister for digital transformation has said mafia-type gangs from Eastern Europe are probably behind a spate of attacks on French hospitals and laboratories during the pandemic, rather than foreign state actors.

“Concerning the hospitals, in all likelihood, it is not foreign powers, but rather Mafia-type organizations – often situated in eastern countries but not just limited to there – who are looking for money,” Cedric O, the secretary of state for digital transformation, told France 2 television on Thursday.

The minister said that the gangs normally attempt to steal confidential data with the aim of ransoming the organization in question, adding that the situation had stabilized following a spate of attacks earlier in the year.

While many hospitals and healthcare organizations have returned to normal, Cedric O claimed that hospitals in Dax and Villefranche-sur-Saône were still working with pen and paper after their computer systems were hit.

On Wednesday, it was revealed that the medical data of 491,840 French people had appeared online after it was stolen. Cedric O confirmed the data had been leaked during an attack back in November, adding that the information originated from a number of laboratories.

“It is very serious, and it is all the more serious that this comes at a time when we are seeing an exponential increase in cyber-attacks,” he stated.

The minister said there would be an investigation and possible legal proceeding to see whether there was negligence on the part of the companies and the laboratories who lost the data to the hackers.

Earlier in February, French President Emmanuel Macron said the country would be investing more money to fend off future cyber-attacks.