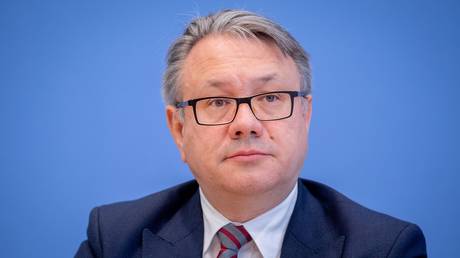 Police in Germany raided the offices of a senior politician in Chancellor Angela Merkel’s party, Georg Nuesslein, who is accused of pocketing hundreds of thousands of euros for securing a face-mask contract, according to reports.

A total of 13 properties were raided in Germany and Liechtenstein as part of a probe into alleged corruption and the bribery of officials, the Munich Public Prosecutor’s Office told Der Spiegel.

Amid the investigation, Germany’s federal parliament, the Bundestag, on Thursday waived the immunity of CSU party MP Nuesslein, a senior conservative lawmaker in the country’s ruling CDU/CSU coalition.

Investigators searched Nuesslein’s parliamentary office, his Berlin apartment and his privately-owned home in the southern German district of Guenzburg on Thursday, according to the tabloid Bild.

The 51-year-old is accused of taking a €650,000 ($920,000) consultancy fee to act as a broker for a face-mask manufacturer between the Bavarian and federal German governments.

Nuesslein, who is the CDU/CSU’s deputy parliamentary leader, is also suspected of not paying any tax on this fee.

The politician told German broadcaster Bayerischer Rundfunk that the allegations against him are “baseless.”

Two other people are also reported to be under investigation in relation to the purchase of respirators used for Covid-19 patients in Germany.