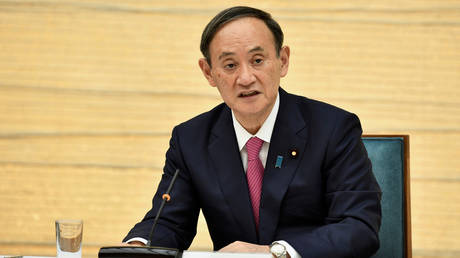 Yamada formally quit her position as the cabinet public relations secretary in the wake of the scandal around her attendance at the expensive dinners after being admitted to hospital due to ill health, according to a statement from the government.

Japanese officials are barred from accepting gifts, including dinners and entertainment from companies under the National Civil Service Ethics Law, making Yamada’s attendance at the dinners a breach of the government’s code.

“I’m very sorry that a member of my family was involved in behavior resulting in public servants breaching the ethics law,” the prime minister said in a statement to parliament.

I deeply regret that it has come to a situation where people’s trust in the administration has been damaged.

Due to her hospital admission, Yamada was absent from a parliamentary meeting that was due to take place on Monday, where she was set to face questions from members of parliament over her breach of the ethics code.

The resignation comes a month after Japanese magazine Shukan Bunshun reported that Suga had held dinners for numerous government officials in his role as an executive at the Tohokushinsha Film Corp.

As of Wednesday, the Japanese Communications Ministry had punished 11 officials for attending the dinners, with an investigation having found that 13 individuals were highly likely to have violated ethics codes. There were reportedly 39 dinners with the meals costing 74,203 yen ($696) per person, according to Japanese media.