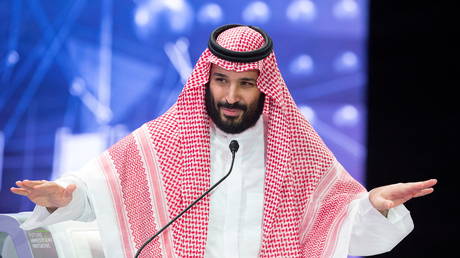 On Monday evening, RSF published a press release confirming they had filed a 500-page complaint with the German Public Prosecutor General of the Federal Court of Justice in Karlsruhe.

RSF says Saudi Arabia’s Crown Prince Mohammed bin Salman, known as MBS, and other Saudi officials are responsible for the “widespread and systematic” persecution of journalists in Saudi Arabia, notably the assassination of Washington Post writer Jamal Khashoggi in Istanbul and the arbitrary detention of 34 journalists, 33 of whom are still detained.

“These journalists are the victims of unlawful killing, torture, sexual violence and coercion, and forced disappearance,” said RSF Secretary-General Christophe Deloire at a press conference on Tuesday.

“The official opening of a criminal investigation in Germany into crimes against humanity in Saudi Arabia would be a world first,” the organization’s Germany director, Christian Mihr, noted.
RSF chose Germany, as its courts are given jurisdiction over international crimes committed abroad, even without a German connection.

“We ask the public prosecutor general to open a situation analysis, with a view to formally launching a prosecutorial investigation and issuing arrest warrants,” he added.

Earlier on Tuesday, Abdallah Al-Mouallimi, the Saudi representative to the UN, told RT that MBS had not been responsible for the murder of Khashoggi, and called on the US to “move on.”

“[Prince Mohammed] took moral responsibility as a courageous leader. And that means ensuring that the situation is corrected and that those responsible for this heinous crime are brought to justice. And he did just that. So, there is nothing to be concerned about. It’s time to move on,” the diplomat said.

A report declassified by US intelligence last week claimed that MBS approved the murder of Khashoggi in Istanbul in October 2018. Istanbul’s chief prosecutor said the journalist had been strangled after entering the Saudi Consulate, and his body dismembered and disposed of.

Last year, a Saudi court sentenced eight people to up to 20 years in jail for their involvement in the assassination. The crime was framed by the Saudi government as the doing of overzealous rogue elements in the intelligence agency.