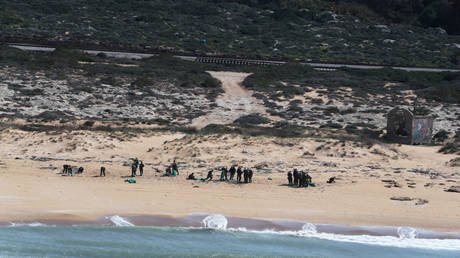 The Israeli government has said Iran is behind a recent oil spill off Israel’s coast which caused huge ecological damage and has been described as one of the worst such pollution incidents in Israel’s history.

Israel’s Environment Protection Minister Gila Gamliel said on Wednesday that Israeli officials had identified a Libyan-owned oil tanker, called Emerald and allegedly carrying pirated cargo, which had sailed from Iran out of the Persian Gulf and up the Suez Canal last month.

Speaking at a news briefing, the minister said that the Panama-flagged vessel had turned off its radios for nearly 24 hours and had polluted the sea between February 1 and 2.

Gamliel also warned that those responsible for the ship’s journey “must pay the price” and that “the operator of the ship has black blood on their hands.”

The minister said there was “circumstantial evidence” to support the claims and that, despite a lack of “forensic evidence,” all other sources for the spill had been ruled out.

Iran has not yet commented on the allegations.

Some 1,000 tons of black tar from the oil spill have washed up on more than 90 percent of Israel’s coast, according to the country’s Environmental Protection Ministry. Following the incident, the government warned Israelis “not to go [to the beaches] to swim, or do sports or leisure activity until further notice.”

Earlier this week, Israeli PM Benjamin Netanyahu blamed Iran for explosions which struck an Israeli-owned ship in the Gulf of Oman last week.