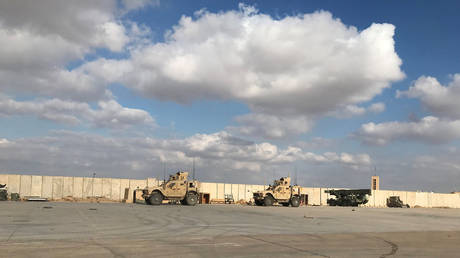 The Pentagon has confirmed that one American died after suffering a “cardiac episode” while sheltering during a rocket attack on the Ain al-Asad airbase in Iraq early on Wednesday morning.

“There are no current reports of US service member injuries and all are accounted for. A US civilian contractor suffered a cardiac episode while sheltering and sadly passed away shortly after,” Pentagon press secretary John Kirby said in a statement later Wednesday.

The statement added that Iraqi security forces were continuing to investigate the rocket attack and were yet to establish the extent of the damage and who was responsible.

Kirby noted that the preliminary investigation indicates that approximately 10 indirect-fire missiles were launched from a site east of the airbase.

The spokesman said that the base’s Counter-Rocket, Artillery, Mortar (C-RAM) missile defensive systems were engaged, but it is unclear whether they intercepted any incoming rockets.

On Wednesday morning, Col. Wayne Marotto, spokesman for the US military in Iraq and Operation Inherent Resolve, confirmed that the Ain al-Asad airbase had been struck by at least 10 rockets. He added that the base, which houses US and coalition troops, was hit at approximately 7:20am local time.