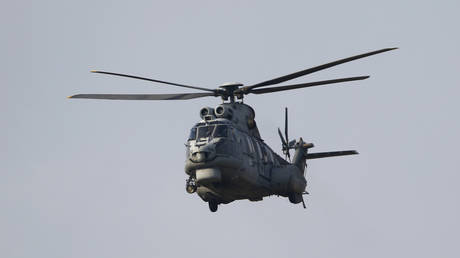 At least nine soldiers have died and four more were injured after a Cougar military helicopter crashed in southeast Turkey, the country’s defense ministry said in a statement on Thursday.

The defense ministry said the crash was the result of an accident, and that the four injured soldiers have been taken to local hospitals, but did not provide further details as to their conditions.

According to Turkish media, the helicopter came down near the village of Cekme in Bitlis’ Tatvan district.

Search efforts to locate the wreckage and recover the deceased’s remains have been launched in the mountainous region involving a team of soldiers, a helicopter and drones.

Local media have reported that the area is covered with meters of snow, making conditions difficult for the search teams.