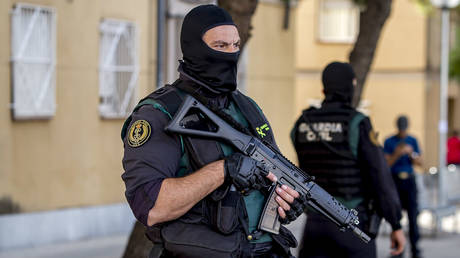 A Spanish drug lord whose high-profile stunts have included appearing in a rap star’s video has now been released from jail after he posted €200,000 ($240,000) in bail money through crowdfunding.

Better known as “El Castana”, or “The Chestnut”, Franciso Isco Tejon was released late Wednesday night after posting his bail bond, money that authorities said had been collected over three days through a crowdfunding effort that tapped his network of family and friends in the southern port cities of Cadiz and Algeciras.

He has been held since October 2018 when he turned himself in on drug-trafficking charges – but only after he appeared in a music video with reggaeton artist Clase-A.

Spanish prosecutors who objected to the lower bail amounts suspect he is sitting on some €30 million ($36 million) in drug profits. And they also suspect the crowdfunding is a ruse.

When El Castana was released on bail back in 2018, he paid a €120,000 bond in a lump sum in a bank transfer from Ireland – providing prosecutors with key evidence in how he moves money around. This time the gang avoided scrutiny, police officials said, adding that they dodged surveillance and caught investigators off guard.

Police say El Castana and his younger brother Antonio head up a cartel of six gangs that use speedboats to run drugs from Morocco to beaches and ports in southern Spain including Algiracas and Gibraltar. Wanted by police, the brothers fled to Morocco and turned themselves in two years later.