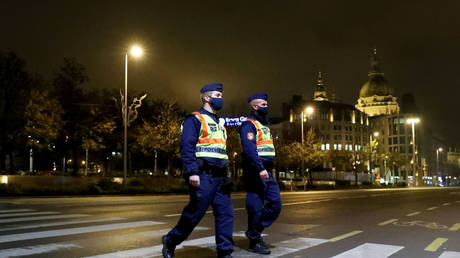 Budapest has announced a series of new measures to stem the spread of Covid-19, noting that despite inoculating people quicker than the EU average, these efforts aren’t enough to prevent hospitals from being overwhelmed.

“If we didn’t close now, the opening would be postponed,” Gergely Gulyas, the prime minister’s chief of staff said on Thursday, adding the economy “needs to be closed not only to protect people’s lives, but in order to open it sooner.”

The restrictions include closing non-essential shops from March 8 to March 22, while grocery stores, pharmacies and gas stations will remain open. The services sector will also be suspended for the two-week period, with the exception of private health care. Gyms will be closed too, but professional athletes can continue to train behind closed doors.

Parks will remain open, and everyone is asked to work from home whenever possible. Masks will also be mandated in all public places.

Gulyas added that the new restrictions are necessary despite Hungary’s effort to increase the pace of vaccinations. “Vaccination in Hungary is better than the European average, but even that is not fast enough. Only a radical reduction in contacts can lead to results, so the government will impose strict restrictions,” he added.

Budapest has rebelled against the EU’s edict in order to speed up the inoculation program, procuring vaccines from both Russia and China with the aim of returning to normality before the rest of Europe.

On Sunday, Hungarian Prime Minister Viktor Orban was vaccinated with the Sinopharm jab, despite the Chinese state firm not yet releasing the results of the vaccine’s Stage 3 trials.