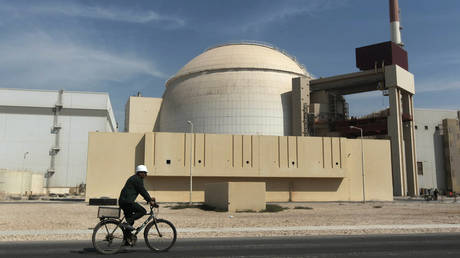 Iran has accepted an invitation from the International Atomic Energy Agency (IAEA) to a technical meeting to clarify “outstanding issues” over its nuclear program and site inspections, the head of the UN body has announced.

IAEA Director General Rafael Grossi said that the meeting will take place in Iran at the start of April, “followed by other technical or political meetings,” where the two sides will seek to “clarify a number of outstanding issues,” including over UN nuclear watchdog inspections.

Iran’s permanent representative to UN agencies in Vienna, Kazem Gharibabadi, responded to the IAEA’s announcement on Twitter by confirming that there is a “glimpse of hope” that both parties will be able to “prevent unnecessary tension” through “extensive diplomatic consultations.”

Last month, Iran suspended some IAEA inspections on foot of a parliamentary act after the US did not meet a deadline set by Tehran to lift its sanctions and rejoin the Iran nuclear deal, which Grossi had called a “huge loss.”

However, after meeting with the IAEA, Iran agreed to a concession, by retaining data that would have been gathered by inspectors for three months, giving the US further time to address the sanctions issue.

The agreement over a technical meeting comes after it was reported on Thursday that the UK, France, and Germany – who are all signatories to the 2015 Iranian nuclear deal – backed down from a plan to censure Iran at a UN nuclear watchdog meeting, with diplomatic sources telling reporters “cooler heads are prevailing.”

The proposed resolution from the European trio had expressed deep concern at Iran’s failure to explain uranium particles that were uncovered during an IAEA inspection, with it now understood that Tehran will address the issue when it meets with officials from the UN agency in April.