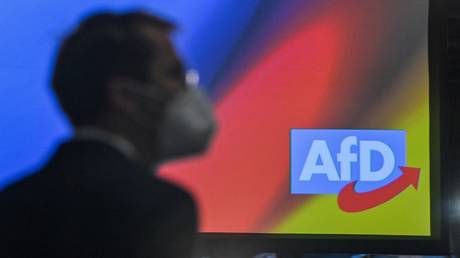 The BfV, Germany’s domestic intelligence service, cannot spy on the Alternative for Germany (AfD) party under the authority they have to fight extremism, a court has said in an emergency injunction.

The decision by the Cologne Administrative Court was taken on Friday as it continues looking into a complaint by the AfD. The court agreed with the party that the information about the designation may affect its election outlook. The party was designated a suspected extremist organization by the BfV earlier this week.

The German constitution requires equal treatment of all political parties, so at least for now, the BfV can not treat AfD the way it did before information about its new status was reported by the media.

The decision to treat the AfD as a possible extremist group was reportedly taken by BfV President Thomas Haldenwang on February 25, but it only became public on Wednesday. The security agency has significant surveillance powers — like phone tapping, email interception and recruiting informants —  against individuals and entities on the extremism list.

MPs and parliamentary candidates cannot be targeted this way. The court injunction prevents such activities against regular AfD members too, while the Cologne court reviews the case.

The court said it intervened because of the public nature of the allegations against the AfD and is yet to review the merit of their complaint. The party claims the BfV is being used to tarnish its reputation and make campaigning in regional and federal elections harder. The German states of Baden-Wuerttemberg and Rhineland-Palatinate are holding elections later this month, while more ballots are set to take place in Germany in June and September.

AfD officials hailed the injunction as a victory “for us, but also for the rule of law,” in the words of its co-leader Jorg Meuthen. Alice Weidel, who heads the party’s parliamentary faction, wondered if the “correction” would become as publicized as the initial revelation of the BfV’s move and reiterated that the AfD was targeted in a “mud-slinging battle.”

A similar case was won by the AfD in 2019, when the same court in Cologne ruled that the BfV had failed to justify designating the right-wing party a “test case” — a lesser-level classification that warrants collecting open-source materials, but not clandestine surveillance. The agency had acted “illegally and disproportionately” in making its suspicions known to the public, the court ruled.