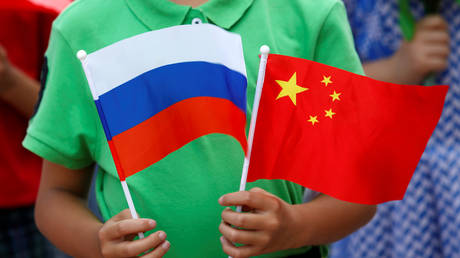 Speaking at a press conference on Friday, Yi noted that this year marks the 20th anniversary of the Treaty of Good-Neighborliness and Friendly Cooperation Between China and Russia, and that this agreement would be renewed and bolstered as the partnership between Moscow and Beijing strengthens.

“It is a milestone in China-Russia relations, and more importantly a new starting point for us,” he said of the treaty’s anniversary. He praised the response of both nations to the Covid-19 crisis, and added that the two have also worked together to fight a “political virus” sweeping across the globe.

“The more unstable the world is, the greater the need for carrying forward China-Russia cooperation,” Wang said. The allies will continue to support each other in safeguarding “core interests” and national sovereignty, while also opposing “color revolution.”

The senior Chinese diplomat also highlighted growing economic ties between the two nations, pointing specifically to expanding cooperation through the Belt and Road Initiative and the Eurasian Economic Union.

At the same time, Yi took aim at Washington’s “unreasonable” and restrictive approach to cooperation between the two countries.

He then accused the United States of using its interpretations of democracy and human rights as a pretext for interfering in other countries’ affairs, warning that the strategy would lead to greater global instability.