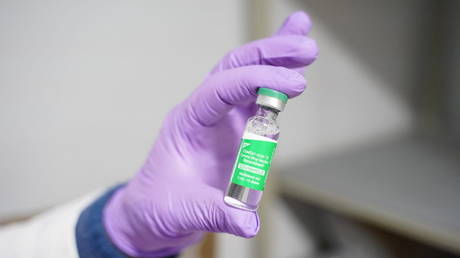 A batch of AstraZeneca Covid vaccines, which Austria has stopped using while it investigates the death and illness of two people who had the shot, was received by 16 other European countries, senior health officials have said.

Austria’s public health agency confirmed at a news conference that the country has informed the other 16 nations that received the same batch of the vaccine, with “roughly a million doses” believed to have been in the shipment.

Austrian authorities have stopped distributing inoculations from a batch of the AstraZeneca Covid vaccine while they investigate the death of one individual and the illness of another after both had received their doses in the same district clinic.

A 49-year-old female passed away due to severe coagulation disorders and a 35-year-old woman is recovering after experiencing a pulmonary embolism, although doctors were quick to suggest that “there is no evidence of a causal relationship with the vaccination” and that their investigation is precautionary.

According to Austrian media, the two women were working as nurses at a clinic in the lower part of the country, where they both had doses from the same batch of the AstraZeneca vaccine.

The European Medicines Agency (EMA) has said that it discussed the situation on Monday but would not identify the countries affected or reveal if any guidance had been issued regarding the particular batch.

“There have been no confirmed serious adverse events associated with the vaccine,” an AstraZeneca spokesperson said, in a statement issued in response to Austria’s investigation.