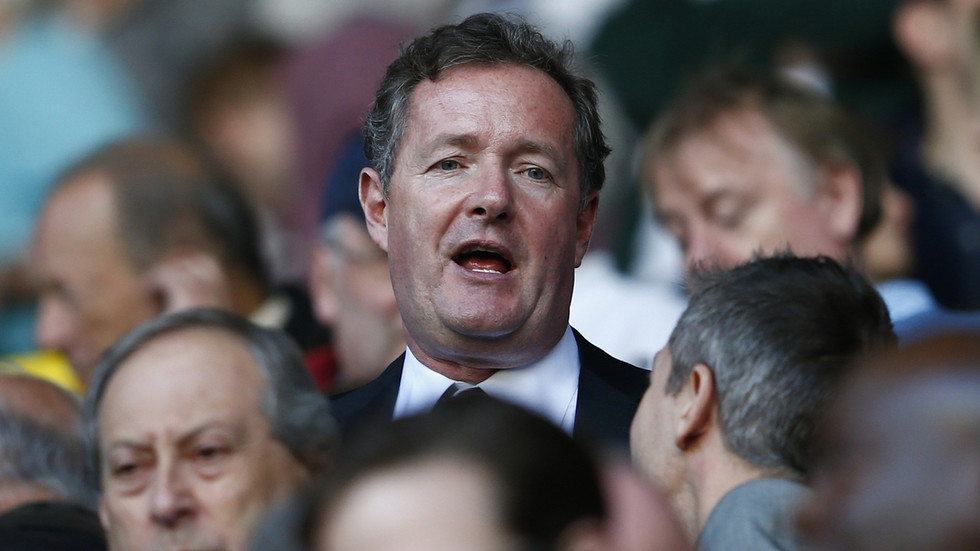 Contrarian TV host Piers Morgan will no longer host ITV’s ‘Good Morning Britain,’ the network has announced. Morgan’s eight-year stint on the show ended after he trashed Meghan Markle and stormed off the set.

“Following discussions with ITV, Piers Morgan has decided now is the time to leave Good Morning Britain,” read a statement from ITV on Tuesday. “ITV has accepted this decision and has nothing further to add,” the statement concluded.

Morgan’s departure comes after he was mocked, derided, and urged to resign by viewers for storming off the set of the show on Tuesday morning, a day after he launched into a tirade against Meghan Markle, Duchess of Sussex and wife of Prince Harry. During Monday’s diatribe, Morgan said that he doesn’t “believe a word” that Markle said about contemplating suicide during an interview with Oprah Winfrey on Sunday, which he described as “contemptible … bilge.”

Co-presenter Alex Beresford objected on Tuesday to how Morgan “continues to trash” Markle, and asked him if he had a personal grudge against her. Morgan stood up, announced “OK, I’m done with this, sorry, no, can’t do this,” and walked off the set.

While it is unclear whether ITV bosses put Morgan under pressure to resign, his performance on Monday triggered a public outcry, with British media regulator OFCOM receiving more than 41,000 complaints by Tuesday afternoon.

The watchdog announced that it had launched an investigation into Morgan’s comments.

Morgan is no stranger to controversy, and ‘Good Morning Britain’ was the UK’s most complained-about programme last year, after it came under fire for a segment showing support for the Black Lives Matter movement. Morgan himself has frequently drawn scorn from all sides of the political spectrum. His hardline pro-lockdown comments during the coronavirus pandemic, for example, infuriated the anti-restrictions crowd, and right-wingers were enraged when he apparently ignored his own words and encouraged his son to attend a BLM protest last Summer.

As news of Morgan’s split with ITV broke, commentators and pundits who attacked the contrarian host for his comments celebrated.

Amid the discussion, Morgan’s own long-time Twitter bio offered a fitting epitaph to his career on ‘Good Morning Britain’: “One day you’re cock of the walk, the next a feather duster.”