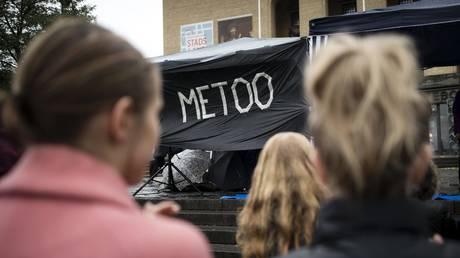 A Swedish feminist group, which says “no woman should pay damages to her rapist,” is soliciting donations to cover fines that courts imposed as part of successful defamation prosecutions.

Called “Fortalskassan” or “Defamation Fund,” the compensation mechanism is a response to an increase in lawsuits filed by men who were accused of sex crimes by women encouraged by the #MeToo movement. It was launched by a group of influential feminists, including journalist and author Maria Sveland and actress Lo Kauppi.

Sweden has strict laws in relation to sex crimes. In 2018, the country changed the definition of rape to include any acts conducted without consent, dropping a requirement for prosecutors to prove coercion or intimidation. The result was a 75 percent hike in conviction rates in the following two years, as reported by the National Council on Crime Prevention (Bra).

Some activists, however, say women in Sweden need much stronger protection from sex offenders and blame the country’s defamation laws for discouraging victims from speaking up. Someone publicly accused of committing a serious crime or simply having a reprehensible lifestyle can file for a public prosecution of their accuser. And as some women found out, Swedish courts are not usually tolerant of social media posts condemning somebody as a rapist.

The practice obviously goes against the premise of the #MeToo movement, which advocates for women to publicly name and shame their alleged assaulters and demands that the public believes their words. In Sweden, some such statements have led to women being convicted of gross slander, with the punishment usually being a suspended sentence and an order to pay damages to the tune of thousands of dollars.

The European country has seen a slight uptick in libel convictions since #MeToo started in 2018, though the overall number remains relatively low. Bra reported 19 such cases that year, compared to 14 a decade prior. And not all defamation trials in Sweden are about allegations of sexual crimes. For example, in 2019, the Stockholm District Court convicted a woman on several charges related to her mistreatment of a child, including for slandering the father on Facebook.

The activists behind the Defamation Fund believe that the libel laws are being used to victimize rape victims all over again, for daring to expose their abusers. The group “wants to see a future where sexual harassment and sexual crimes are handled fairly by society, where trust is built instead of being destroyed based on outdated views on morality or how women who have fallen victim to abuse should act or respond,” Sveland wrote.

She calls the fund’s activities a civil disobedience campaign, which she compares to great rights movements of the past, like the anti-racism protest driven by Martin Luther King and Rosa Parks or Mahatma Gandhi’s anti-colonialist struggle. And she doesn’t really care if the accusations against men are true or not – at least when it comes to discharging the fines, she told national broadcaster SVT.

The criteria for receiving money is that you have a defamation sentence that has arisen because you have reported an abuse in connection with #MeToo.

Sveland doesn’t think this would encourage women to falsely accuse men of things they didn’t do, because “we know that extremely few women lie about sexual abuse.”