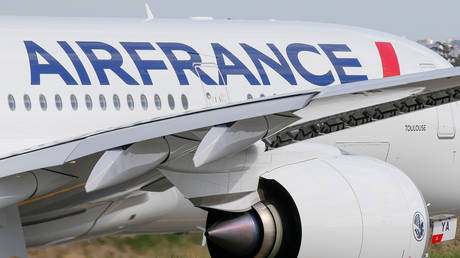 Air France has started testing a health passport system for passengers on selected flights, who will be required to show proof of vaccination or negative Covid-19 test results.

French Transport Minister Jean-Baptiste Djebbari announced on Thursday that the one-month trial would take place on Air France flights to Martinique and Guadeloupe. The passport will work through an app called ICC AOKpass, which those on the plane will have to present.

“The goal is to see if it works well in real-time,” he told RMC radio, adding that the trial “could offer a preview, or at least a large-scale test, of a future travel pass.”

Djebbari also boasted about the trial on Twitter, declaring that it’s now possible to get from Paris to Pointe-à-Pitre in Guadeloupe or Fort-de-France in Martinique with the right ICC AOKpass results on your phone. As both islands are French territories, the travel is considered domestic.

France has previously opposed the concept of an EU vaccine passport, pointing out that it is currently unclear whether vaccinated people could still spread the virus despite being immune themselves, and highlighting the ethical implications that a vaccine passport could have.

Others have been more enthusiastic, with the Spanish island of Ibiza announcing a plan for its own vaccine passport system for tourists. China has also developed a vaccine passport for travel.

In the UK, vaccine passports have been at the center of a huge debate, while the government never provided a clear response on whether it will – or will not – introduce any such document or application. For now, nearly 300,000 Brits have signed a petition to Parliament calling to commit against launching such a system.