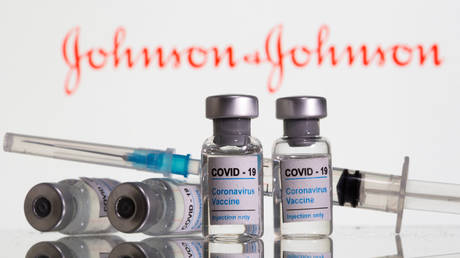 The EU’s drug regulator has given its backing to the Covid-19 vaccine produced by American pharma giant Johnson & Johnson. The single-shot vaccine will need to be approved by the EU before it can be rolled out in the bloc.

On Thursday, Johnson & Johnson’s vaccine became the fourth to be recommended to the EU by the European Medicines Agency (EMA), after the jabs developed by Pfizer, Moderna, and AstraZeneca.

“With this latest positive opinion, authorities across the European Union will have another option to combat the pandemic and protect the lives and health of their citizens,” said Emer Cooke, the EMA’s executive director. “This is the first vaccine which can be used as a single dose.”

The EMA noted that the single-shot jab was found to be 67 percent effective in reducing symptomatic Covid-19 cases two weeks after the vaccine was administered.

The jab’s side effects were considered mild or moderate and usually subsided within a few days.

The news comes as a number of countries around the EU have suspended their use of the AstraZeneca vaccine after a number of recipients developed blood clots. The EMA and the UK have dismissed the link with the vaccine, but further investigations are being carried out.