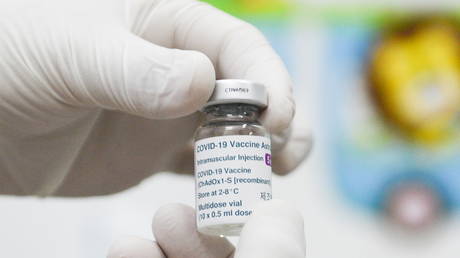 Severe allergy warnings for anaphylaxis should be listed as possible side effects of the AstraZeneca Covid-19 vaccine, the European Medicines Agency (EMA) said on Friday after a troubling week for the jab.

The EU’s drug regulator said its risk assessment committee had made its decision following the review of 41 reports of potential anaphylaxis cases among the five million people who have received the vaccine in the UK.

After assessing the data, the committee found that it was “likely” some of the cases could be linked to the vaccine, which is developed in partnership with Oxford University.

The EMA said anaphylaxis had already been identified as a potential risk for those taking the vaccine and that the clinical practice of administering it would remain unchanged.

Under the safety precautions people given the AstraZeneca jab should be monitored for 15 minutes after they take it – and should not be given a second dose if they had an allergic reaction to their first.

Up until the end of February, the UK government said there were 194 reports of “spontaneous adverse reactions” to the AstraZeneca vaccine, associated with anaphylaxis or anaphylactoid reactions.

The EMA has not said how many reactions have been linked to the vaccine in the EU, but this week Vietnamese health chiefs said two medical workers out of 522 who received the jab were also hospitalized with anaphylaxis.

The concerns about reactions to the AstraZeneca vaccine come the same week as the EU reported two deaths and 30 incidences of “thromboembolic events” – or blood clotting – in people who have received the jab.

The EMA has launched an investigation into the reports, but has stressed, along with the World Health Organization, that the vaccine is safe for use.

However, 10 countries have now suspended their use of all or some doses of the vaccine: Romania, Austria, Italy, Iceland, Norway, Denmark, Estonia, Lithuania, Luxembourg and Latvia.

Thailand announced on Friday that it would delay its rollout of the jab, but other nations, including Germany, France, Portugal, Australia, Mexico and the Philippines, have said they will continue to use it.