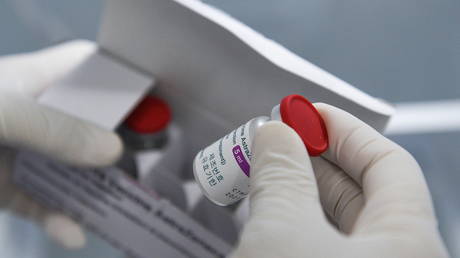 The World Health Organization said there was no reason to stop using AstraZeneca’s Covid vaccine after some countries suspended its use when Denmark and Austria reported two deaths possibly linked to blood-clotting from the jab.

“Yes, we should continue using the AstraZeneca vaccine,” WHO spokeswoman Margaret Harris told reporters on Friday in Geneva, adding: “There is no indication to not use it.”

Describing the AstraZeneca product as an “excellent vaccine,” Harris said no causal relationship has been shown between the vaccine and reports of blood coagulation. A WHO advisory committee is also looking at the vaccine.

This week Denmark, Norway, Iceland, Austria, Italy and other countries postponed or limited their roll-out of the AstraZeneca vaccine after isolated reports that some recipients developed blood clots. Health regulators stressed there was no evidence of any link, but they were acting out of an abundance of caution. Regulators in Italy said the issues involved one batch of one million doses that had been distributed to 17 nations across Europe that was suspect.

The European Medicines Agency (EMA) said that 30 cases of blood-clotting had been reported among the close to five million people vaccinated with AstraZeneca in the European Economic Area. It said that information available so far indicated the risk of blood clots in those vaccinated against the jab was “no higher than that seen in the general population.”

The Danish Health Authority (SSK) said that one person in Denmark had died after receiving the AstraZeneca vaccine. On Thursday, it suspended use of the vaccine for two weeks while it looked into the case.

“It is important to stress that we are by no means discarding the AstraZeneca vaccine,” SSK director Soren Brostrom said in a statement. “We are merely stopping using it for the time being. There is strong evidence that the vaccine is both safe and efficacious. However, the Danish Health Authority and the Danish Medicines Agency have to react promptly to reports from Denmark and other European countries of possible severe side effects. This is a clear indication that the monitoring system works.”

In Austria, the Federal Office for Safety in Health Care (BASG) received two reports of clotting after an AstraZeneca vaccine was administered in a clinic in Zwettl. The BASG said a 49-year-old woman died as a result of severe coagulation disorders while a 35-year-old woman developed a pulmonary embolism and is recovering. A pulmonary embolism is an acute lung condition caused by a dislodged blood clot.