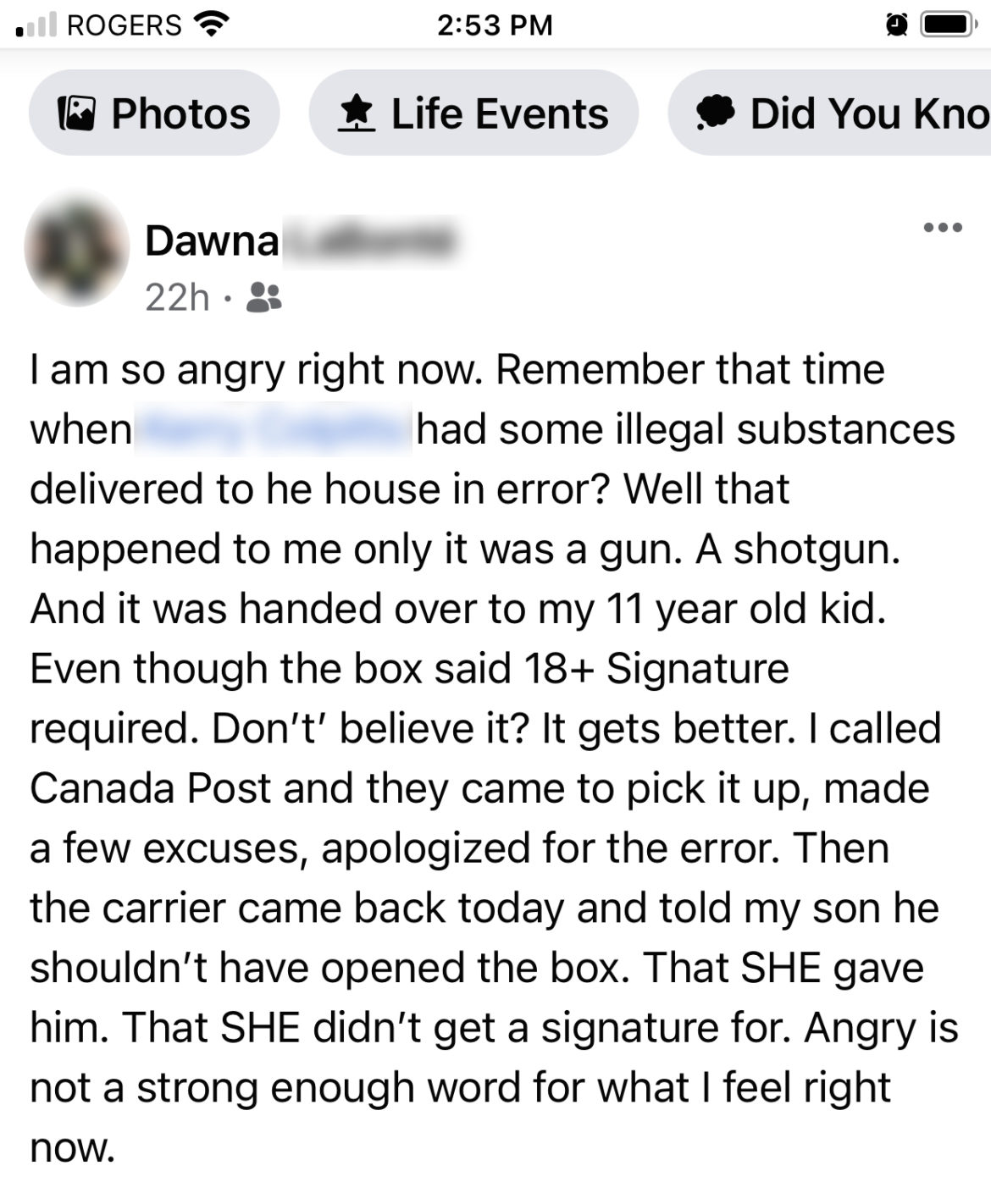 An Ottawa woman is looking for answers after a postal mixup saw a 12-gauge shotgun delivered into the hands of her 11-year-old son.

Dawna – whose last name we’re withholding for her privacy – says she was working from home and unable to answer the door when Canada Post showed up with a delivery. After her son received the package from the postal carrier, she was shocked to see the contents in the box.

“Someone can order a weapon online, that’s one thing,” said Dawna, who admits she is not anti-gun. “But that there’s no verification that it’s the same person who ordered the weapon is actually receiving it? That to me is concerning.”

Dawna says after notifying Canada Post, they came back to pick up the package the next morning, offering only an apology but no explanation. She says she is stunned that a package that clearly indicates it requires an adult’s signature could just be handed to a child, especially when it states on Canada Post’s website that proof of age is required when shipping firearms. 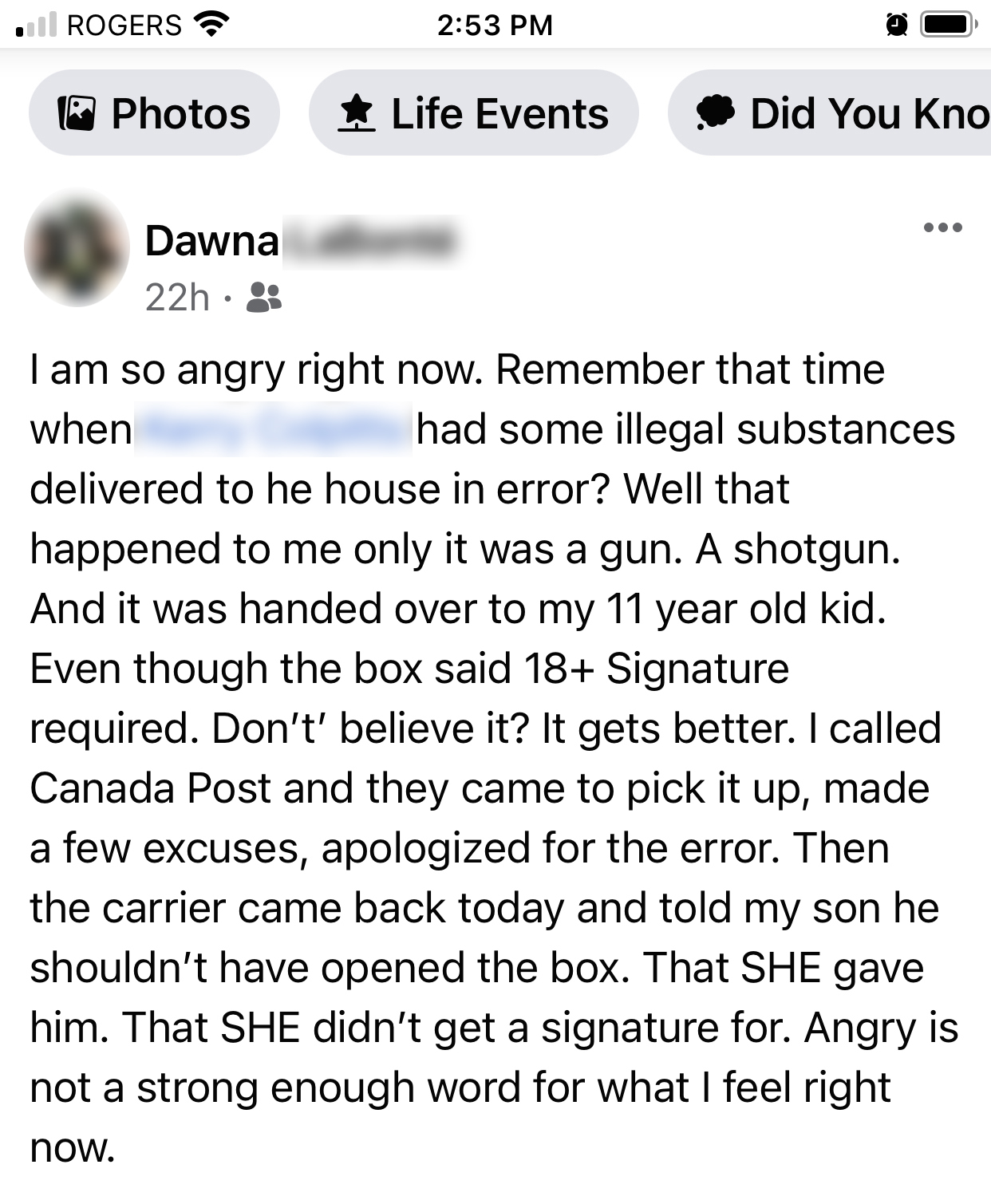 “It said signature 18-plus, but nobody asked,” she told CityNews. “The person asked for an adult, but didn’t wait. My son said ‘there’s no adult who can come to the door right now,’ and so she gave him the box. When I see something like this, it makes me worried this could have gone really wrong.”

“And it’s probably not an isolated incident, if the reaction I get when I complain about it is ‘you know, these things happen’.”

CityNews has reached out to Canada Post for clarification on what the process is for delivering items that clearly indicate an adult is requited to accept delivery.