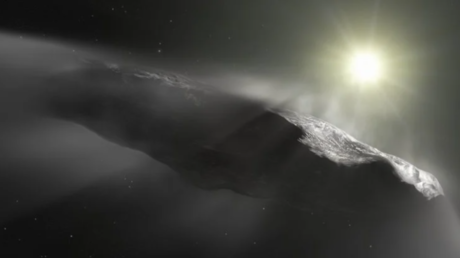 A new study has calculated how many interstellar objects (ISOs) enter our solar system each year, throwing open the possibility of studying distant star systems from the (relative) comfort of humanity’s own cosmic backyard.

The latest research by the non-profit organization Initiative for Interstellar Studies (i4is), in conjunction with several universities across the US, estimates that roughly seven ISOs pass through our solar system annually and, even better, they follow somewhat predictable orbits, making them ripe for study.

The first interstellar object ever detected in our solar system, the asteroid ‘Oumuamua, was spotted on October 19, 2017 and the second such object, the comet 2I/Borisov, was detected just two years later.

Both served to confirm previous theories that the total number of interstellar objects which pass through our solar system would likely number in the hundreds if not thousands, but humanity just hadn’t possessed the technology to spot them.

“Interstellar Objects provide us with the opportunity to study, and in the future literally touch, exobodies decades before the earliest possible missions to even the nearest stars, such as Proxima Centauri,” lead study author Marshall Eubanks said.

There are numerous proposed missions in the works including, but not limited to, the ESA’s 2029 Comet Interceptor mission, all of which would serve as the next best alternative to sending interstellar probes out into the universe. However, even with this latest research, the technical challenges of actually reaching these objects before they leave our solar system are significant.

‘Oumuamua was only spotted after it had made its closest approach to the sun and had passed by the Earth, so chasing it with an Earth-launched craft was practically impossible by the time scientists knew it was there.

That is why additional research into the burgeoning field is so important, as humanity discovers how often ISOs enter the solar system and how fast they traverse it.

The i4is researchers based the parameters for the study on data obtained from 1I/’Oumuamua and 2I/Borisov to determine roughly how much an ISO’s velocity is influenced by local environmental factors such as the motion of stars, planets, gas and dust throughout the ‘alien’ Milky Way.

They found that up to seven asteroid-like ISOs per year with interstellar comets akin to 2I/Borisov appear roughly once every decade or two, the majority of them most likely moving at a velocity similar to ‘Ouamamua, roughly 26 km/s or 93,000kph.

Given the recent uptick in space exploration missions to distant asteroids like Ryugu as well as missions to Mars, future scientific endeavors to ISOs could well become a regular occurrence off the back of ongoing research.