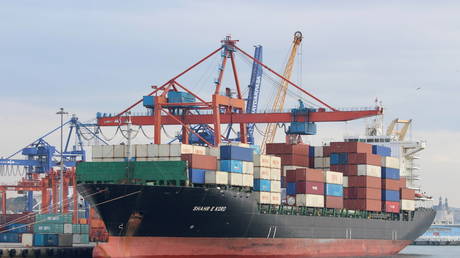 Iran’s Foreign Ministry has warned it will take any measure appropriate to respond to an attack on an Iranian cargo vessel as it made its way through the Mediterranean last week, once again suggesting Israel was the perpetrator.

“Whenever the region moves toward peace, this [Israeli] regime tries to create unrest for a clear reason,” Foreign Ministry spokesman Saeed Khatibzadeh told reporters during a regular press briefing on Monday, citing an attack on a container ship belonging to the Islamic Republic of Iran Shipping Line (IRIS) Group last week.

“Given the geographical location of corruptive attack, it is possible that this terrorist act was carried out by the Zionist regime,” he claimed, adding that Tehran would continue working to properly identify the perpetrators.

Khatibzadeh said Iran reserves the right to respond how it sees fit. He noted that Israel only sees things in terms of life and death and thinks it can prolong its own existence by creating chaos.

Last Wednesday, the ‘Shahr E Kord’ vessel was hit with high-explosive objects as it made its way through the Mediterranean. Iranian investigators claimed that the damage suffered indicated that the ship could have been targeted by an aerial vehicle.

A small fire broke out on board the vessel where the missiles hit containers on the deck. The fire was brought under control and the vessel sustained limited damage. No one on board was harmed.

In late February, Israel accused Iran of striking an Israeli-owned transport ship, ‘Helios Ray’, in the Gulf of Oman. “Iran is looking to hit Israeli infrastructure and Israeli citizens. The location of the ship in relative close proximity to Iran raises the notion, the assessment, that it is the Iranians,” Israeli Defense Minister Benny Gantz stated.