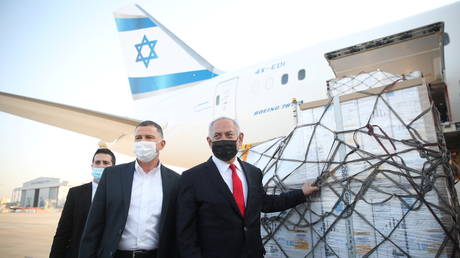 Israel has paid a hefty price for its pacy Covid-19 immunization drive, with the health ministry saying that it has already spent $788 million on vaccines against coronavirus – and is set to dish out the same again if necessary.

The figures were disclosed for the first time on Tuesday on a request from Knesset Finance Committee chairman Moshe Gafni.

The sum also indicated that the price that Israel has paid per dose turned out to be “much higher” than had previously been believed, the Times of Israel reported.

Israel purchased 15 million vaccine doses from Pfizer/BioNTech and 120,000 doses from Moderna. Israeli broadcaster Kan reported in January that a two-dose course of both vaccines cost the country $47, meaning that the price of a single shot stood at $23.50.

But the release of the health ministry figures suggests that the actual price per dose of vaccine was more than two times higher than that – around $52.

The Jewish state also apparently paid much more for the jab than the US and the EU. A report by Washington Post late last year said that America was getting the Pfizer-BioNTech vaccine for $19.50 per dose and Moderna for around $15 per dose.

A price list accidentally posted on social media by a Belgian official in December suggested that the EU agreed the rate of $14.30 (€12) per dose with Pfizer and $18 with Moderna.

The price discrepancies might be explained by the fact that Israel approached Pfizer after the pharma firm had already signed vaccine deals with the US, Canada and Japan, and the state also needed large quantities of the jab supplied quickly to keep up the high pace of its speedy immunization drive.

The investments seem to have paid off in terms of vaccine coverage, as almost 4.3 million people in Israel have already received two doses – almost a half of its population. With the number of Covid-19 cases on the decline, the country is gradually lifting the restrictions aimed at stopping the spread of the disease.