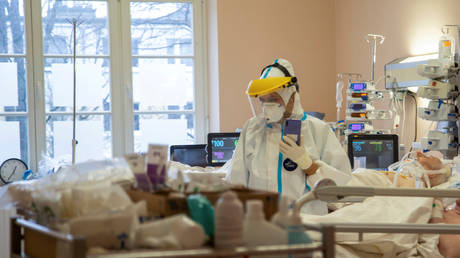 The Polish health minister has announced a new national lockdown, to come into force on Saturday, as the government looks to slow surging infections across the country and deal with more contagious Covid-19 variants.

Speaking on Wednesday, minister Adam Niedzielski said the situation had deteriorated to such an extent in recent days that the government had been obliged to act.

“Last week, we were above 20,000 [cases per day], but the pace is not slowing down. The third wave is accelerating, and we have to take decisive steps,” he stated.

“The main reason, and it must be said clearly, [there has been] such acceleration of the pandemic is [due to] the British variant of the coronavirus,” the minister noted, adding that, in the past week, hospital bed occupancy by Covid-19 patients had increased by 3,000.

Niedzielski stated that this particular strain, first discovered in England last year, and proven to be considerably more contagious and deadly, now represented 52% of all cases in the country. “This growth was extremely dynamic, when we look back,” he added.

Despite infection rates being higher in the north, Niedzielski said there was a clear reason for introducing measures on a national scale. The new restrictions, which come into force on Saturday, will see shopping malls, cinemas, theaters, swimming pools, and saunas being closed once again, and pupils in grades one to three returning to distance-learning until April 9, although kindergartens would remain open. The minister also advised people to work from home where possible.

He said that if these measures failed to make an impact on infection rates, a more “typical” lockdown would be enforced.

On Wednesday, Poland’s ministry of health announced that there had been 25,052 confirmed cases in the previous 24 hours – the highest daily level recorded since the country’s November peak.