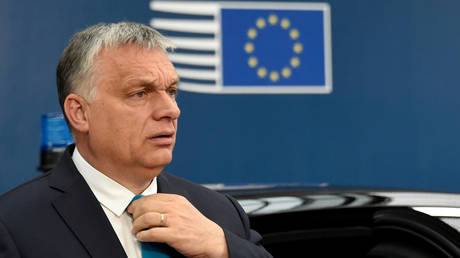 The European Commission has warned Hungary it has two months to make changes to a controversial law affecting foreign-funded non-governmental organizations (NGOs), including a university founded by US billionaire George Soros.

On Thursday, the Commission sent a letter to Hungarian Prime Minister Viktor Orban, ordering his government to modify the so-called ‘transparency rule’ passed in 2017.

Under the law, NGOs must declare their donors to Hungarian authorities or risk fines, and any receiving financial support from abroad above a certain threshold have to be publicly identified as foreign-funded.

In 2020, the Court of Justice of the European Union (CJEU) ruled that the law is “incompatible with EU law” and “discriminatory.”

“Restrictions imposed by Hungarian government on financing of NGOs do not comply with EU law,” Vera Jourova, a deputy head of the European Commission said on Thursday.

“Civil society organizations are [a] key part of our democracies. We must support them, not fight them.”

The Commission’s letter is part of the EU’s infringement procedure into Hungary’s potential breach of the bloc’s law and, if Orban’s government does not react, the CJEU could impose financial penalties on the country.

Orban’s administration implemented the NGO law amid his years-long feud with Hungarian-born Soros, who set up the Central European University (CEU) in Hungary in 1991.

The billionaire and political activist, who has been a vocal critic of the PM’s immigration policies, claimed in 2018 that the CEU had been “forced out” out of Hungary and would have to relocate to Austria.

Orban has claimed that Soros previously meddled in Hungarian political matters through his philanthropic activities in the country and has criticized Soros’ support for open borders.

The EU has long been critical of Orban over what it alleges is his crackdown on the media, academics and NGOs.

However the PM has refused to reform the ‘transparency’ law and told Reuters last year that he saw himself as a “freedom fighter.”

Last year he also called for the resignation of Jourova, who he claimed had insulted Hungarians due to her criticism of Orban.