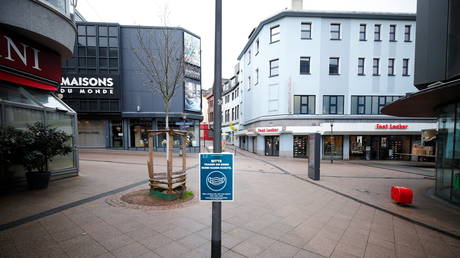 The German health minister has dampened hopes that the government may relax Covid-19 measures in the coming weeks, noting that backward steps may be needed to control the third wave of the virus.

The health minister contended that only when the most vulnerable have been vaccinated can the government consider reopening society. “We are in the third wave of the pandemic, the numbers are increasing, the proportion of mutations is high,” Health Minister Jens Spahn told reporters on Friday.

The rising case numbers may mean that we cannot take further opening steps in the weeks to come. On the contrary, we may even have to take steps backwards.

The minister said “we will still need patience” as he told Germans to prepare for more tough weeks ahead. He added that there are not enough vaccines to prevent the virus from spreading further and that comprehensive testing was also not the answer.

Social Democratic politician Karl Lauterbach, who accompanied Spahn, backed the minister’s call for more restrictions: “We have to go back to lockdown… This must be implemented as quickly as possible.”

Lars Schaade, vice president of the Robert Koch Institute, reinforced Spahn’s concerns, noting that Germany may see a spike in infections and deaths around Easter, similar to what had previously been experienced at Christmas.

Lauterbach contended that the number of cases has doubled every 10 to 14 days despite the restrictions, as the British Covid-19 variant becomes more prevalent. According to Lauterbach’s calculations, the infection rate in Germany will be 200 cases per 100,000 people in April.