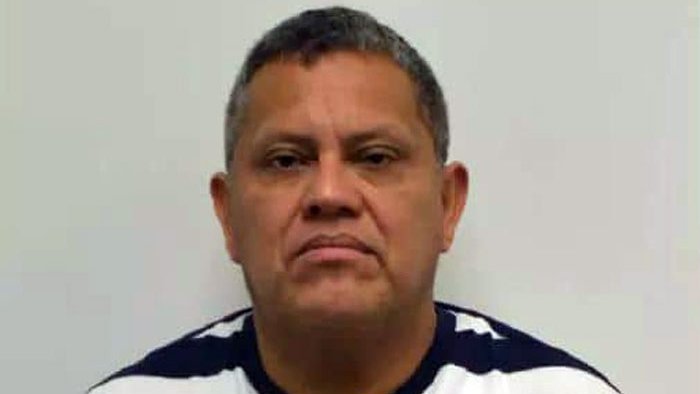 A jury found Geovanny Fuentes Ramírez guilty on all counts, including conspiracy to traffic cocaine, arms possession and conspiracy to use arms.

Witnesses in the two-week trial told of Hernández accepting bribes from Fuentes Ramírez and other drug traffickers from his time as a presidential candidate up through at least 2019.

Hernández has repeatedly denied any connection to drug traffickers and he has not been charged with any crime. Federal prosecutors, however, have become increasingly outspoken in connecting his political rise to funding from drug trafficking and he was named as a “co-conspirator” in the Fuentes Ramírez case. One of his brothers, Tony Hernández, was convicted of drug trafficking in 2019 and is scheduled to be sentenced next week.

On Monday, Juan Orlando Hernández again pointed to his record of falling drug trafficking through Honduras as evidence that the accusations are false and made up by drug traffickers trying to reduce their sentences.

During the trial, Devis Leonel Rivera Maradiaga, former leader of the Cachiros cartel, testified that he had sent $250,000 to Hernández in 2012 through his sister in exchange for protection of his smuggling business and to avoid extradition. An accountant testified that he twice witnessed Hernández receiving bribes from Fuentes Ramírez in 2013.

Hernández had been president of Honduras’ congress and then launched his candidacy for the presidency. He took office in January 2014.