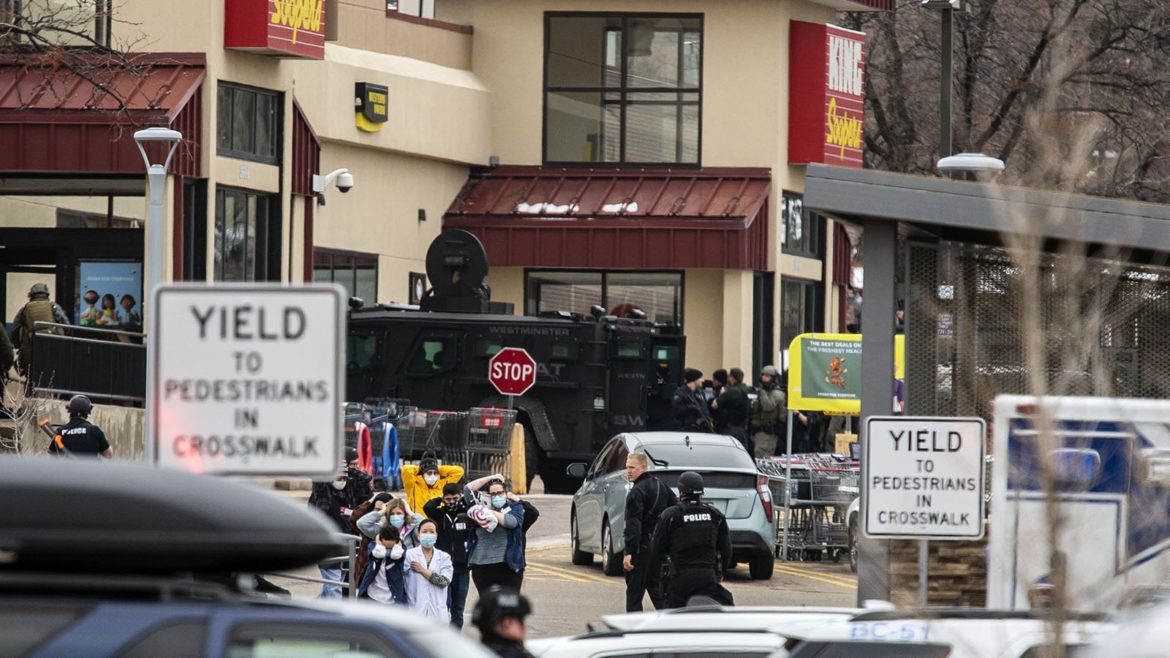 Multiple people, including a police officer, were killed in a mass shooting at a King Soopers supermarket in Boulder, Colorado, this afternoon. While officials have not yet publicly confirmed the number killed, law enforcement officials who spoke with Denver’s ABC affiliate said that six had died. The Wall Street Journal, also citing law enforcement officials, reported the same number of fatalities.

A suspect is in custody, a Boulder police department spokesperson said in a press conference. News footage from earlier in the day showed a shirtless, barefoot man with a bloodied leg being escorted in handcuffs from the supermarket by police. Officials have declined to say whether he was the suspect.

Boulder police had tweeted a warning about an active shooting situation shortly before 3 p.m. MT.

ALERT: Active Shooter at the King Soopers on Table Mesa. AVOID THE AREA. PIO is en-route.

Today’s violence is the latest in a string of mass shootings that have shaken Colorado in recent years, including the 2012 Aurora movie theater shooting that killed 12.