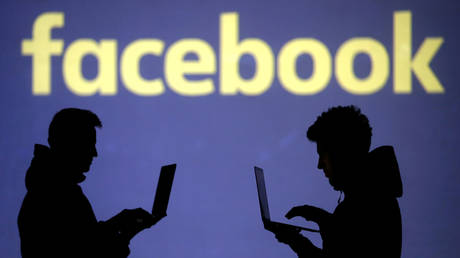 A German court has effectively sided with Facebook, overruling a decision by the country’s antitrust watchdog that claimed the social media giant had abused its position to illegally gather user data.

The Higher Regional Court in Dusseldorf referred a two-year case over Facebook’s data collection practices to the European Court of Justice on Wednesday, effectively reversing a decision by the Federal Cartel Office, Germany’s antitrust watchdog.

The decision is the latest development in a legal case that has been ongoing since February 2019, when the watchdog sought to limit Facebook’s ability to collect data from users without their consent.

In their ruling, the presiding judges declared that “the question of whether Facebook is abusing its dominant position … cannot be decided without referring it to the European Court.”

Facebook has repeatedly appealed the ruling, which had threatened to have global implications and spark limitations from other governments that have floated the implementation of tougher regulation on social media sites.

The German watchdog had restricted Facebook’s data-gathering approaches by using an antitrust measure that claimed the company had collected the information in an “exploitative” way by using its position as a dominant social media site and forcing users to decide between using it and giving up personal data or not having access to a major digital platform.

The ruling had prohibited the social media company from collecting data and merging information gathered from users’ accounts on the site and other Facebook-owned services, such as Instagram and WhatsApp.

Facebook’s business model openly relies on gathering data from users, which is then used to allow companies to target advertising more precisely. If the Higher Regional Court hadn’t sided with the social media company, it would have been forced, within 12 months, to allow users in German to refuse to have their data collected.

Prior to today’s hearing, a spokesperson for the Federal Cartel Office said that, if the judge sided with Facebook, the watchdog would “try to have it finally decided by the Federal Court.” Facebook hasn’t yet commented on the latest ruling, but before a court hearing last summer, it declared there had been “no antitrust abuse.”