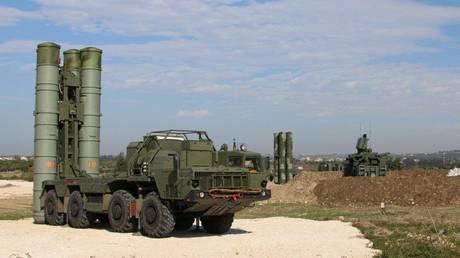 Turkey’s foreign minister Mevlut Cavusoglu has told America’s Secretary of State Antony Blinken that the two countries needed a roadmap to tackle disagreements and that Ankara is not planning to drop Russia’s S-400 defense system.

Speaking on the sidelines of a NATO meeting in Brussels, Turkey once-again dismissed America’s request for them to cancel their purchase of the S-400s, telling Blinken that it’s a “done deal” and calling on NATO to create a roadmap to solve existing disagreements with Ankara.

The meeting between the two had initially been held to discuss bilateral relations, which have soured in recent months due to the S-400 deal, with both sides also raising their joint fight against terrorism and their foreign policy positions with regards to Afghanistan, Iraq and Syria.

Following their meeting, the US Secretary of State expressed optimism about future relations, declaring on Twitter “I look forward to continued cooperation with our NATO ally Turkey on counterterrorism.”

In return, Turkey acknowledged its willingness to engage in a continued dialogue with the US, holding more detailed conversations between the two nations in either Ankara or Washington, although a timeline for these talks was not outlined.

In December, the previous White House administration imposed sanctions on Turkey for purchasing the S-400s from Russia in a $2.5-billion deal, having opposed the agreement over concerns that the systems pose a risk to America’s F-35 fighter jets.

The US fears that the S-400s are not compatible with the existing systems used by NATO and has suggested that Russia could use the technology to secretly obtain classified information on F-35 jets in Turkey.

Ankara has repeatedly refused to abandon its deal with Russia, claiming that it was forced to seek an agreement with Moscow after Washington refused to sell it its Patriot missile defense system.

In an attempt to make a concession and ease tensions with the US, Turkey’s defense minister, Hulusi Akar, suggested in February that the country would be willing to only partially activate the S-400s if America removed the recently imposed sanctions. Swiftly rejecting the suggestion, the US clearly stated that its position on the matter has not changed.