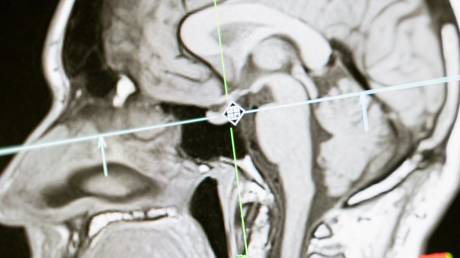 Researchers from the US Department of Energy’s Argonne National Laboratory have developed a possibly revolutionary treatment for a range of neurological conditions and diseases using a machine found in an average dentist’s office.

The collaboration between the Argonne National Laboratory and four universities combines the realms of optics and genetics to create wireless modulation of neurons deep inside the human brain with X-rays.

The immediate applications for this treatment would help people living with movement-related brain disorders, chronic depression and pain, epilepsy, tremors,

Once fully developed and scaled, it would eliminate the need for invasive brain surgery in many instances, through stimulation of neurons nestled deep within the brain using injected nanoparticles which light up when stimulated by X-rays.

Roughly 15 years ago the field of “optogenetics” was developed, which involved genetic modification of specific neurons in the brain so they create a direct channel to the brain and react to external stimuli, namely light.

There were multiple issues with this method, however, including the tricky business of device implantation and light penetration, but it formed the basis for additional research in a whole new field of non-invasive brain medicine.

This subcutaneous implant is then connected to electrodes which are inserted into specific regions of the brain to regulate abnormal impulses.

However, with this new treatment, X-rays are able to pass through biological tissues much more efficiently and effectively than light, and with the introduction of the nanoparticles, the light source is already inside the brain, precluding the need for wires or electrodes.

Further applications in treating heart conditions or muscle damage are also on the cards further down the line, the researchers say.

“There is an intense level of commercial interest in optogenetics for medical applications,” said Elena Rozhkova, a lead author and a nanoscientist in Argonne’s Center for Nanoscale Materials (CNM), a DOE Office of Science User Facility.

“Although still at the proof-of-concept stage, we predict our patent-pending wireless approach with small X-ray machines should have a bright future.”