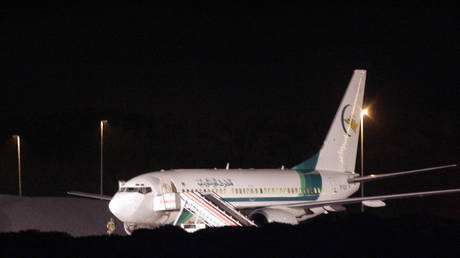 Authorities detained a man who boarded an empty aircraft at the airport in Mauritania’s capital and threatened to set it on fire, according to state media, apparently because he held a grudge against the West African nation.

The vacant plane belonging to Mauritania Airlines was parked on the tarmac at the international airport in Nouakchott when the suspect snuck on board. An airport official told the Associated Press that it was unclear how the individual managed to bypass airport security.

According to the country’s government news agency, the man spoke English and was believed to be a foreigner living in the country. The suspect reportedly identified himself as an American who “had problems with Mauritania.”

It’s alleged that the man demanded some form of financial compensation from the Mauritanian government, and threatened to set the plane on fire, or blow it up, if security forces attempted to apprehend him. Initial reports claimed that the plane had been “hijacked.”

However, it appears that he was arrested without incident.