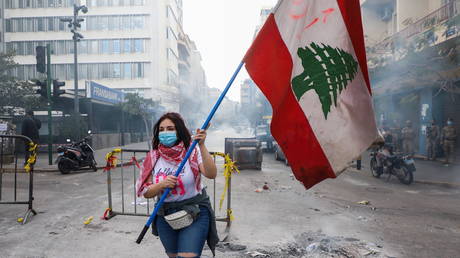 The speaker of the Lebanese parliament has warned that the country is in severe danger of going under unless a government is formed to address the nation’s problems, including a long-term solution to prevent electricity outages.

Speaking on Monday, influential parliamentary speaker Nabih Berri called on Lebanon’s political factions to resolve their differences for the good of the country.

The whole country is in danger if no government is formed, and we will sink like the Titanic. Everyone will drown, without exception.

Berri spoke before the parliament approved a $200 million loan, earmarked for fuel imports needed to generate electricity. The speaker warned that the nation was facing a blackout, as political instability has handicapped the state’s ability to address the country’s challenges.

The parliament’s approval for a loan on Monday came after the energy minister said there was no more money for imports beyond March. Lebanon has shut one of its four main electricity-producing facilities, the Zahrani power plant, after it ran out of fuel.

Lebanon’s troubles continue to deepen, with Prime Minister-designate Saad Hariri and President Michel Aoun at loggerheads over the formation of a new government, despite numerous meetings between the two.

Hariri was chosen to form a new government on October 22, succeeding Hassan Diab, who resigned on August 10 following a devastating explosion in the port of Beirut, which was blamed on government negligence. Hariri had resigned as PM a year earlier in the face of mass anti-government protests.

French President Emmanuel Macron has urged Lebanon’s politicians to change tack and find a solution to the stalemate. “We can’t leave the Lebanese people since last August in the situation in which they are,” Macron said in mid-March.