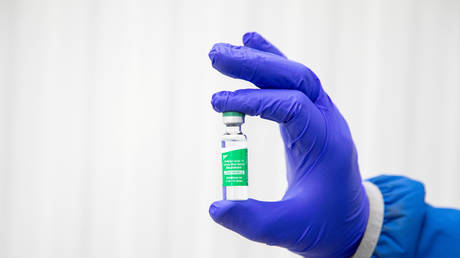 Canada has suspended its use of AstraZeneca’s coronavirus vaccine for those younger than 55, pointing to safety concerns following a number of reports of serious blood clotting among recipients in Europe.

The move comes after a recommendation from Canada’s National Advisory Committee on Immunization on Monday, which called for a pause to buy time to evaluate the safety concerns, namely over a rare blood clotting condition known as vaccine-induced prothrombotic immune thrombocytopenia, or VIPIT.

“There is substantial uncertainty about the benefit of providing AstraZeneca Covid-19 vaccines to adults under 55 given the potential risks associated with VIPIT,” said Shelley Deeks, who serves as vice-chair of the National Advisory Committee.

The recommendation was prompted by new data out of Europe suggesting the risk of blood clotting in AstraZeneca recipients could be as high as one in 100,000, far above the one in 1 million figure previously estimated by researchers, Deeks said. She added that most of the European patients experiencing clotting were women under the age of 55, and that the fatality rate among those who develop blood clots is as high as 40%.

Because the AstraZeneca jab is not expected to make up a large proportion of Canada’s overall vaccine supply, however, the Committee said the country’s immunization drive “will not be significantly delayed” by the pause.

The head of Manitoba’s provincial vaccine taskforce, Joss Reimer, said that while “we don’t know yet exactly how common this side effect is,” it is better to err on the side of caution.

“While we still believe the benefits for all ages outweigh the risks I’m not comfortable with ‘probably’. I want to see more data coming out of Europe so I know exactly what this risk-benefit analysis is,” Reimer said

More than a dozen countries across Europe have temporarily suspended their rollout of the AstraZeneca vaccine as reports of blood clots cropped up, though several have since resumed after EU health authorities declared the vaccine safe and not related to the clotting issues, which in some cases were fatal.

Despite the all-clear given by European regulators, however, a research team from Germany’s Greifswald University Hospital recently claimed to have found a link between the vaccine and blood clots. The researchers said an immune response to the jab could lead to the formation of antibodies that are normally stimulated when an organism needs to heal a wound through blood coagulation, potentially creating blood clots, particularly in the brain.