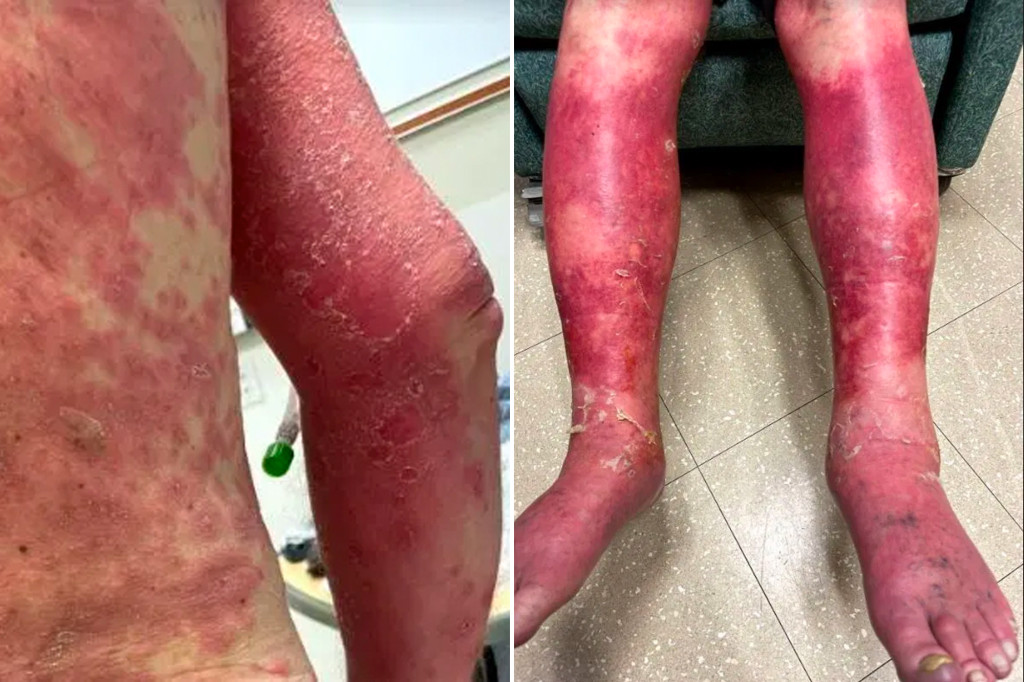 A Virginia man suffered a rare reaction to a COVID-19 vaccine that caused a painful rash to spread across his entire body and skin to peel off, doctors said.

“I began to feel a little discomfort in my armpit and then a few days later I began to get an itchy rash, and then after that I began to swell and my skin turned red,” Terrell told the outlet.

But soon the rash covered his entire body, Terrell said.

“It all just happened so fast. My skin peeled off,” Terrell told the outlet.

“It was stinging, burning and itching. Whenever I bent my arms or legs, like the inside of my knee, it was very painful where the skin was swollen and was rubbing against itself,” he continued.

He went to the emergency room at the hospital, where doctors determined that he had experienced an adverse reaction to the vaccine, WRIC reported.

“We ruled out all the viral infections, we ruled out COVID-19 itself, we made sure that his kidneys and liver was okay, and finally we came to the conclusion that it was the vaccine that he had received that was the cause,” Dr. Fnu Nutan told the outlet.

She said that the medical episode could have been life-threatening if left untreated.

“Skin is the largest organ in the body, and when it gets inflamed like his was, you can lose a lot of fluids and electrolytes,” Nutan told the outlet.

Still, Nutan emphasized that such reactions are extremely rare.

“If you look at the risk for adverse reaction for the vaccine it’s really, really low,” she said. “We haven’t seen a great concern at all. I am a big proponent of the vaccine.”