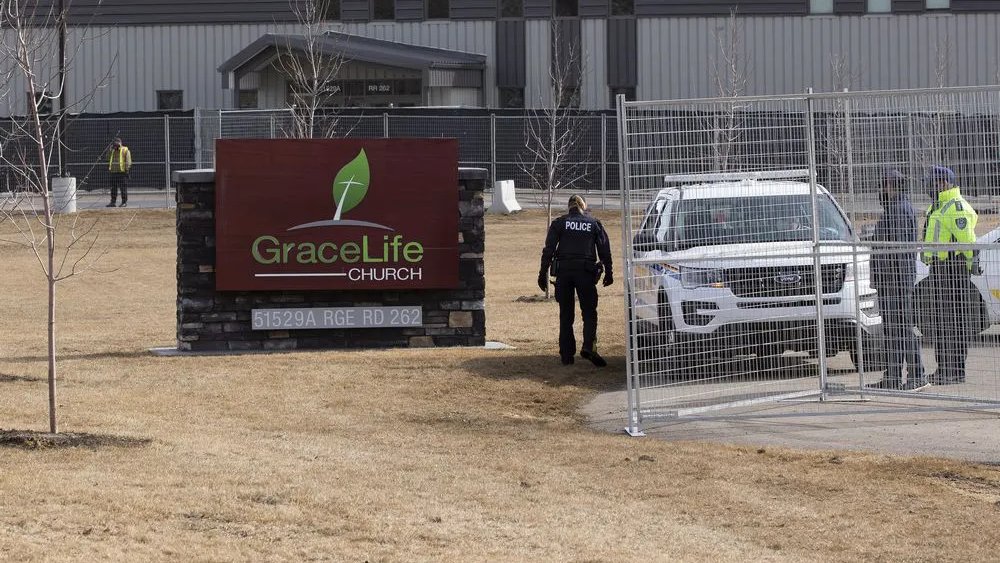 With files from the Canadian Press

Ontario residents are facing new stay-at-home orders as officials in several provinces tighten restrictions and crack down on rule-breakers in a race against COVID-19 and its variants.

Ontario has issued its second stay-at-home order this year as COVID-19 cases in the province spiral out of control.​ https://t.co/1ag2DVMneT

In Alberta, officials fenced off GraceLife church, which has been charged with refusing to follow “COVID-19 health rules.”

Many Albertans and social media users have decried this move as an attack on “freedom of religion.” MP Derek Sloan described it as “tyrannical government overreach,” and a “direct violation of Canadian Charter rights.”

This morning, Alberta Health Services, with the RCMP, raided GraceLife Church in Edmonton. They're barring entry and have fenced off the building. This is tyrannical government overreach, and is a direct violation of Canadian Charter rights.#cdnnpolihttps://t.co/jyl9oljv31

Quebecers in hot spots also prepared for new restrictions on gyms and faith gatherings to take effect Thursday, while official expanded access to COVID-19 vaccines for essential workers like teachers and first responders in Montreal.

Meanwhile, the National Advisory Committee on Immunization says it’s standing by its emergency recommendation to extend the delivery of second doses of COVID-19 vaccines up to four months after further research.