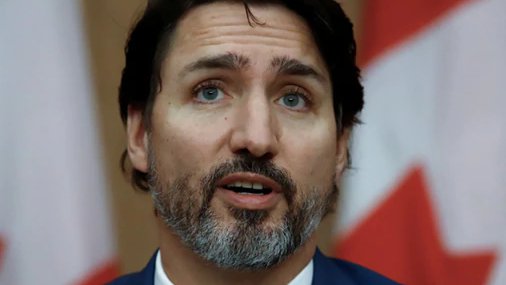 Several years ago, Prime Minister Justin Trudeau quipped that he sees Canada as the world’s “first postnational state.” It’s become an iconic catchphrase of his tenure — admired by liberals as a mantra of inclusivity; mocked by conservatives as an admission of the vacuousness of progressivism.

It’s a fine debate to have but, in the context of Trudeau, it’s also fairly pointless, given the prime minister has never shown much interest in actually governing in a postnational way. His is, in fact, a quite explicitly nationalist government that has repeatedly shown itself happy to use the power of the state to push a particular notion of correct patriotic behavior.

Trudeau’s latest project, accordingly, seeks to dictate the sorts of online entertainment and information Canadians create and enjoy. In the name of the national good, his Liberal Party is pitching legislation that aims to ensure that Internet users in Canada consume more explicitly “Canadian” TV shows, music, movies and videos, even if that means limiting the choices of those with less parochial tastes. Bill C-10 will thus place streaming services such as Netflix, Spotify and YouTube under federal authority for the first time, forcing them to comply with the Trudeau Liberals’ objectives of promoting “Canadian culture,” as they understand it.

Reflecting the increasingly deferential nature of parliament these days, C-10 grants the Canadian Radio-television and Telecommunications Commission (CRTC) sweeping new powers to regulate and supervise the “transmission or retransmission of programs over the Internet for reception by the public,” and trusts the unelected body to hammer out the details later.

The CRTC’s own founding legislation obliges it to carry out its duties in a manner that will “safeguard, enrich and strengthen the cultural, political, social and economic fabric of Canada,” while C-10 adds it must now also “serve the needs and interests of all Canadians — including Canadians from racialized communities and Canadians of diverse ethnocultural backgrounds, socio-economic statuses, abilities and disabilities, sexual orientations, gender identities and expressions, and ages — and reflect their circumstances and aspirations, including equal rights, the linguistic duality and multicultural and multiracial nature of Canadian society and the special place of Indigenous peoples within that society.”

In practice, the CRTC’s pompous mandate has been understood to mean that any entity that broadcasts media to Canadians must also provide them with ample amounts of patriotic “Canadian content” (or “CanCon” in Ottawa jargon), thereby safeguarding the national soul, etc. It’s easy to predict what will happen once its reach is expanded to the Internet, given the CRTC’s decades of imposing heavy-handed demands on conventional media.

It is thanks to the CRTC, for instance, that Canadian radio stations “must ensure that at least 35% of the Popular Music they broadcast each week is Canadian content” and that Canadian television stations must “devote not less than 50 per cent of the evening broadcast period to the broadcasting of Canadian programs.”

From there, things get even more absurd, as Ottawa is forced to come up with complex legalistic definitions of what exactly makes a song, TV show or movie “Canadian” in the first place. This, in turn, produces foreseeable cynicism, like the creation of a rent-seeking class of mediocre “CanCon” producers, whose lackluster content is guaranteed a public viability it wouldn’t otherwise enjoy. Some game the system to a preposterous degree, exploiting bureaucratic loopholes that result in absurdities like movies filmed in Norwegian being declared “Canadian.”

Imposing this regime on the Internet is uniquely regressive, however, given the amount of freedom Internet users ordinarily enjoy curating their own content experiences. Streaming services such as Netflix, Spotify and YouTube are not analogous to TV channels or radio stations, because their content is distributed in a vastly less top-down way, thereby robbing the CanCon lobby of its traditional “no-one-could-find-us-otherwise” defense of mandatory broadcast quotas.

As law professor Michael Geist — one of the most outspoken critics of C-10 — has noted, if one desires CanCon in the 21st century, “users need do little more than put the term Canada in a search box.” The dark secret, he adds, is that “it is not regulation that drives access to Canadian content but rather subscriber demand.” And if demand remains low, it’s hard to imagine busybody regulations that force providers to shove unimpressive CanCon at those who don’t want it, through rigged feeds on Netflix and YouTube, being anything but deeply counterproductive to the purported aims of the exercise.

Though Canada’s Parliament is closely divided, it seems the progressive parties will unite to get C-10 passed, thereby reflecting the triumph of a certain sort of lefty-nationalism that has little problem pushing cultural chauvinism so long as it can be justified with rhetoric about fighting the evil American “web giants,” or whatever. Theirs is an agenda of using state power to rob citizens of choice and foist nationalist propaganda upon them, and it should be described as such.