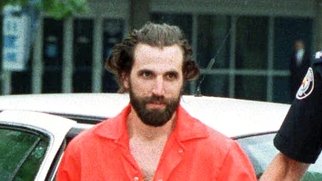 On the red-brick wall of his campaign office in the heart of Montreal’s Plateau Mont-Royal, Steven Guilbeault has hung a large photo of the time he scaled Toronto’s CN Tower.

It’s his best-known act of civil disobedience. In 2001, while working for Greenpeace, Guilbeault and another activist climbed 340 metres up the side of the tower and unfurled a banner that read “Canada and Bush Climate Killers.” It was intended to put pressure on the federal government to ratify the Kyoto Protocol.

The episode came up again recently, when Guilbeault, now a star Liberal candidate in the Montreal riding of Laurier—Sainte-Marie, was asked about a group of Extinction Rebellion climate activists who climbed a Montreal-area bridge last week and forced its closure.

Guilbeault was sympathetic to the protesters, but made clear he’s no longer part of that crowd. “I decided I’ve already done that. As the anglophones say, ‘Been there, done that, got the T-shirt,’” he told reporters. “So I’ve decided to pursue my political action differently.”

Likely Quebec’s best-known environmentalist, Guilbeault announced last fall he was leaving Équiterre, the Montreal environmental organization he cofounded 25 years earlier. At the time, there was speculation he was mulling a run for the Liberals, a rumour he confirmed last June.

To his opponents, Guilbeault’s decision to run for the party that bought the Trans Mountain pipeline is a betrayal of the environmental movement he helped build. For his part, Guilbeault openly opposes the pipeline expansion, but insists this Liberal government has done more for the environment than any other.