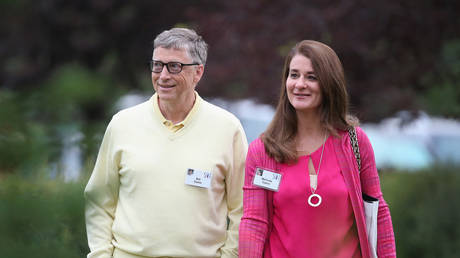 Microsoft co-founder turned philanthropist Bill Gates and his wife Melinda have announced their divorce. It’s going to be one of the most expensive splits in history as the couple has built a fortune of over $127 billion.

The decision to end their marriage came after a “great deal of thought and a lot of work” on their relationship, the soon-to-be-ex-couple said in a joint statement on Monday.

Bill Gates, 65, and the 56-year-old Melinda pointed out that during their 27 years together they’ve “raised three incredible children and built a foundation that works all over the world to enable all people to lead healthy, productive lives.”

While they intend to continue working together at the Bill & Melinda Gates Foundation, “we no longer believe we can grow together as a couple in this next phase of our lives,” they said.

The Gates divorce is going to be one most expensive in history, only outmatched by Amazon founder Jeff Bezos, who split his $150billion fortune with his ex-wife MacKenzie Scott in 2019.