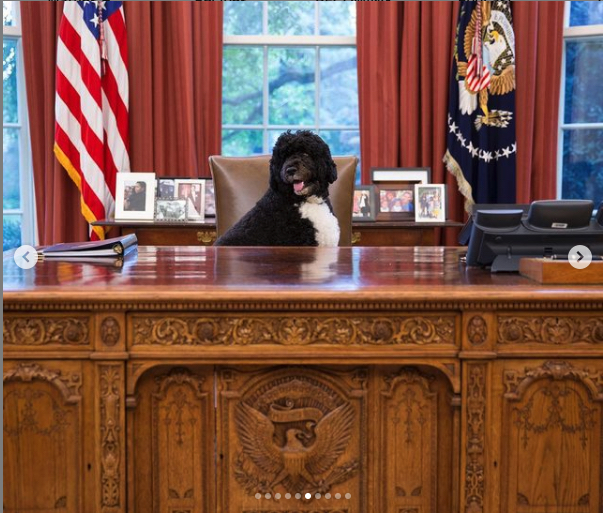 Just as President Joe Biden seems to be repopulating the White House with (poorly behaved) pets comes the sad news that the Obama family dog, Bo, has died after a battle with cancer.

A present from the late Sen. Edward Kennedy (D-MA), the Portuguese water dog joined the Obama family in mid-2009, after a long search for an appropriate hypoallergenic puppy for the Obama daughters, Sasha and Malia, who were eight and ten at the time. Bo was a popular member of the household and subject of many photo shoots, though apparently even Bo was viewed through a racialized lens of the first Black presidency. An amazing study in 2012 found that racists would never admit that the floof was cute, even though they thought Kennedy’s nearly identical dog Splash was adorable.

Bo was the subject of several books, recreated as a plush toy, featured in a Seth Meyers Late Night skit and was even part of a small drama in 2016, when he was the target of a kidnapping plot by an armed man from North Dakota. Separation anxiety did not seem to be an issue for the celebrity pet.

Here are some cute puppy photos in remembrance of Bo:

Today our family lost a true friend and loyal companion. For more than a decade, Bo was a constant, gentle presence in our lives—happy to see us on our good days, our bad days, and everyday in between. pic.twitter.com/qKMNojiu9V

The official portrait of the Obama family dog “Bo”, a Portuguese water dog, on the South Lawn of the White House.