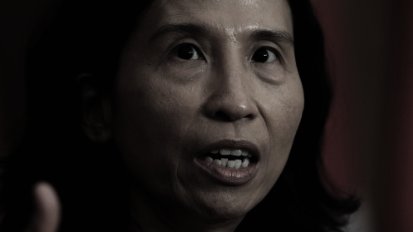 Canada’s chief public health officer reminded Canadians on Saturday that even those who are fully vaccinated remain susceptible to COVID-19.

Speaking at a virtual townhall for Yukoners, Dr. Theresa Tam said the risk of asymptomatic infection and transmission is far lower for anyone who receives two shots of the Pfizer-BioNTech, Moderna, or Oxford-AstraZeneca vaccines.

“Some studies have shown that it reduces the amount of virus in the back of your nose. If you sample people, there’s less virus, which means less risk of transmission.”

Young people, who often work in frontline or essential services and sit at the bottom of vaccination priority queues, now have some of the highest case rates and can transmit the virus despite showing no symptoms, Tam added.

“The groups that transmit the virus the most are actually younger adults, many of whom have to work. They can’t stay at home,” she said.

“It’s important that we protect them, as well as the fact that if they’re protected, we reduce transmission of the virus in the community.”

Alberta and other parts of Canada remain mired in the third wave of the COVID-19 pandemic, even as hospitalization rates have started to tick downward in provinces such as Ontario and Quebec.

Many parts of the country face tight restrictions, with schools closed across Ontario and Alberta and patios shut down in Montreal, Toronto and — as of this Monday– Calgary.

Some Albertans continue to chafe at the tougher measures, which Premier Jason Kenney announced Tuesday.

Protesters went ahead with an anti-lockdown demonstration outside a highway diner in central Alberta on Saturday, despite pouring rain and a pre-emptive court injunction.

Dozens of demonstrators gathered outside the Whistle Stop Cafe in the hamlet of Mirror, Alta., for the “Save Alberta Campout Protest.”

The largely mask-free gathering follows a rodeo billed as an anti-lockdown event held last weekend in Bowden, about 100 kilometres southwest of Mirror.

Alberta Health Services has said the provincial government will take legal action to stop any planned protests of COVID-19 public health orders, including the one outside the cafe.

Mass vaccination efforts continue to broaden across swaths of the country.

In Ontario, nearly 150 pharmacies started offering COVID-19 vaccines to all adults in some virus hot spots this weekend, a shift made to align with provincial efforts to protect the most vulnerable amid a third wave of infections.

The province quietly announced the expanded eligibility — for anyone aged 18 and older — on a provincial pharmacy vaccine booking webpage on Friday afternoon, with slightly more than half of the locations in Toronto and Peel Region.

On Thursday, Quebec said it vaccinated 102,762 people, the highest single-day number since the start of its vaccine rollout. The province set another record that day, when vaccinations opened to everyone 35 and over, with 272,000 people booking vaccinations, Health Minister Christian Dube said Friday.

Quebec’s health situation remains relatively stable, with the number of new COVID-19 cases falling short of 1,000 for the sixth day in a row on Saturday and hospitalizations also on the decline.

Dispiriting numbers kicked off the weekend in Nova Scotia, however.

On the other side of the country, communities along the Alberta-British Columbia boundary said they’re worried continuing COVID-19 restrictions could hit their economies hard this summer.

The B.C. government is discouraging Alberta tourists from visiting. In Fernie, in southeastern B.C., the executive director of the Chamber of Commerce said about 80 per cent of tourism business comes from Alberta and Saskatchewan — and he’s encouraging travellers to keep coming.

A spokeswoman for the RCMP in B.C. clarified that Albertans are not prohibited from visiting British Columbia, but, once there, they aren’t allowed to travel to other areas within the province unless it’s deemed essential.

This report by The Canadian Press was first published May 8, 2021.

— With files from Hina Alam in Vancouver, Fakiha Baig in Edmonton and Holly McKenzie-Sutter in Toronto