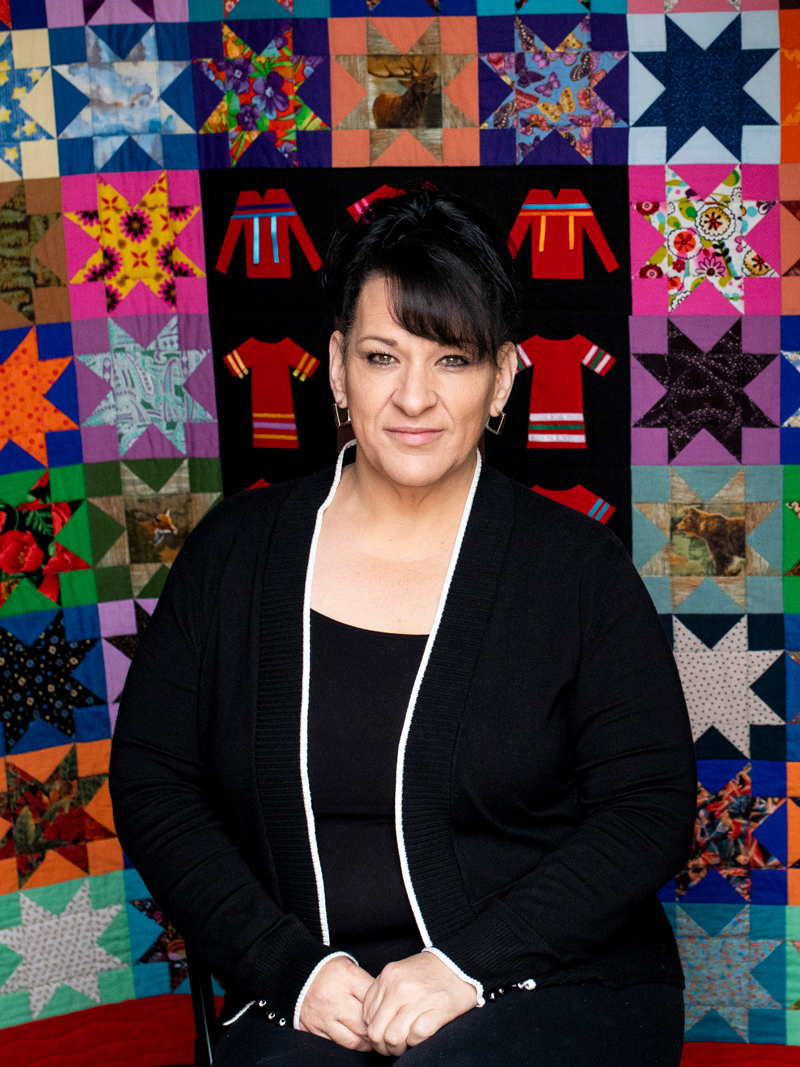 This story was originally published by High Country News and is reproduced here as part of the Climate Desk collaboration.

Two years ago, on a February evening, Ellie Bundy attended a tribal working group in Arlee, Montana, on the Flathead Indian Reservation. Surrounded by local and tribal law enforcement, tribal members and families, Bundy listened as people told stories about loved ones or community members who had gone missing. “What if that were my daughter?” Bundy said. “We say that a lot, but really, what if it were my daughter? What if it were my sister? What if it were my cousins? It is a visual you just can’t get out of your head.” The meeting was one of four hosted by the Confederated Salish and Kootenai Tribes to encourage discussion and come up with local community responses to the epidemic of missing and murdered Indigenous people.

Bundy is now a councilwoman for the Salish and Kootenai, as well as the presiding officer of the Montana Missing Indigenous Persons Task Force. For the past five months, she and other tribal officials have participated in a series of working groups with federal, state and local law enforcement and community organizations. On April 1, at a press conference at the tribal headquarters in Pablo, Montana, the Salish and Kootenai joined the U.S. Attorney’s Office for the District of Montana and the Federal Bureau of Investigation in announcing the completion of the first Tribal Community Response Plan to the crisis of missing and murdered Indigenous people.

Ellie Bundy, councilwoman for the Salish and Kootenai, and presiding officer of the Montana Missing Indigenous Persons Task Force.

As the first plan of its kind to be developed, it will serve as a model that tribal governments across Indian Country can adapt to meet their own specific needs. It marks a critical milestone in the effort to resolve the crisis, something that advocates say must be led by tribal nations and supported by the federal government. The new plan comes at a unique time nationally, after the passage of federal legislation including Savanna’s Act and renewing the Violence Against Women Act, coupled with executive-branch initiatives, such as Interior Secretary Deb Haaland’s new unit in the Bureau of Indian Affairs, which was created specifically to investigate crimes involving missing and murdered Indigenous people.

As of April, in Montana, there were 166 active missing persons cases. Indigenous people account for 48 of these, or about 29 percent, despite comprising only 6 percent of the state’s population. But prosecuting crimes involving acts of violence—including murder, rape and kidnapping—committed against Indigenous people is difficult. More than 96 percent of such crimes are committed by non-Indigenous people, but because of the complex web of federal, state and tribal laws and jurisdictions, tribes have long lacked the authority to prosecute non-Indigenous perpetrators who commit crimes on tribal land. Instead, it’s up to federal prosecutors, who often decline to prosecute: In 2017, 37 percent of the cases presented to federal prosecutors in Indian Country were declined. This leaves many Indigenous victims and survivors faced with a wide disparity in justice.

Terry Wade, executive assistant director of the Criminal, Cyber, Response Services Branch at the FBI, said that in the past, when a missing person case was filed, a lack of communication between agencies with overlapping jurisdiction would hamper progress. Tribal communities, particularly in the West, are very different from the metropolitan areas the FBI usually works in. The FBI can provide resources, personnel and expertise, but it lacks something essential—local knowledge and a relationship with the community. Tribal governments and law enforcement have those longtime relationships, along with a genuine knowledge of the people and the terrain—necessary when it comes to creating a response plan for any nation whose lands cover a vast territory.

In 2017, 37% of the cases presented to federal prosecutors in Indian Country were declined.

The Confederated Tribes’ plan also includes the creation of a liaison to facilitate communication between the families of missing loved ones and law enforcement. Families often complain that they do not feel heard or do not receive important information when communicating with law enforcement during a missing person case. Bundy said the position is necessary for keeping families in the loop and identifying the specific resources that they might need—whether it’s counseling, social services or tribal health services, or something as basic as missing person posters.

The response plan, which was created over the past five months, was part of a series of legislative and executive actions. When he visited the Flathead Indian Reservation in November 2019, then-Attorney General William Barr announced the Missing and Murdered Indigenous Persons Initiative, which placed 11 coordinators in U.S. attorney’s offices across the country to develop special protocols for law enforcement. During the same week, Donald Trump signed an executive order to establish Operation Lady Justice, a presidential task force on missing and murdered Indigenous people. Almost a year later, Congress passed the Not Invisible Act and Savanna’s Act, both of which aim to strengthen data collection and increase coordination across tribal and law enforcement agencies. One month after that, in December of 2020, the MMIP coordinator for Montana, Ernie Wayland, worked with the Confederated Salish and Kootenai Tribes to launch the development of the first tribal community response plan. The Chippewa Cree Tribe of Rocky Boy, Montana, is already following their example and developing its own plan.

“(This work) is for people like Jarmain, it’s for people like Savanna, for Hanna and for Kaysera,” Bundy said, naming Indigenous women who have been missing or were murdered in Montana and North Dakota. “It was really about remembering all of these young ladies whose lives were cut short, or they’re still missing and their families are still suffering. That’s why we do this and that’s why it’s getting so much attention nationally. That’s why this plan is important. I just never want to lose sight of that.”