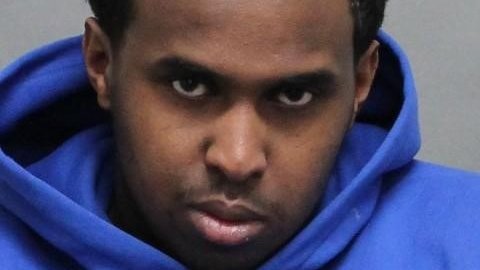 The Toronto Police Service has requested the help of the public to locate a dark-skinned man wanted for First Degree Murder.

On Sunday, January 31, 2021, at 8:56 p.m., police responded to multiple reports of gunfire in the Jane Street and Falstaff Avenue area. Hassan Ali was originally charged with Accessory After the Fact to Murder. The charge has since been upgraded to First Degree Murder.

According to a Toronto Police News Release, the suspect is wanted for:

According to police, he is “believed to be violent and dangerous.” Police are asking people not to approach the man and call 911 immediately, if he is seen.