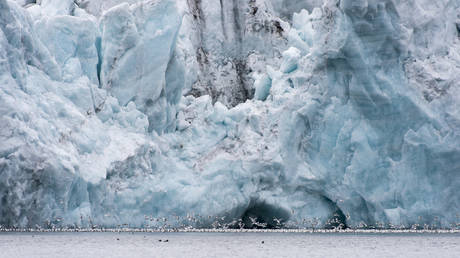 A German scientist who led the largest-ever Arctic expedition to date has warned we might have already reached an irreversible “tipping point” for global warming amid the continued disappearance of summer sea ice.

The warning was issued on Tuesday as scientist Markus Rex presented the first findings from the 389-day expedition that ended back in October, which saw 300 scientists from 20 countries collect evidence of the impact of climate change in the Arctic Ocean.

“The disappearance of summer sea ice in the Arctic is one of the first landmines in this minefield, one of the tipping points that we set off first when we push warming too far,” Rex said at a press conference in Berlin.

And one can essentially ask if we haven’t already stepped on this mine and already set off the beginning of the explosion.

If, indeed, the world has crossed an irreversible point, Rex fears this could have a “domino effect” for the rest of the planet, as the disappearance of sea ice is the “epicenter of global warming.”

Alongside Rex, sea ice physics expert Stefanie Arndt issued a dire forecast that we are “possibly the last generation who can experience an Arctic which still has a sea ice cover in the summer.”

The Arctic expedition looked at the atmosphere, ocean, sea ice and ecosystems in the region, with four observational sites set up to collect 150 terabytes of data and more than 1,000 ice samples.

The concerning findings come days after G7 leaders met in England to agreed to implement more stringent measures to fight climate change, including moving away from coal plants and limiting the global temperature rise to 1.5 degrees Celsius.

Also on rt.com
Siberia braces for close to record-breaking cold over New Year, with temperatures predicted to hit freezing -50 degrees

In a bid to meet these goals, the G7 members pledged to cease funding for new coal power projects in developing nations, instead providing up to $2.8 billion to encourage them to move away from using that type of fuel.