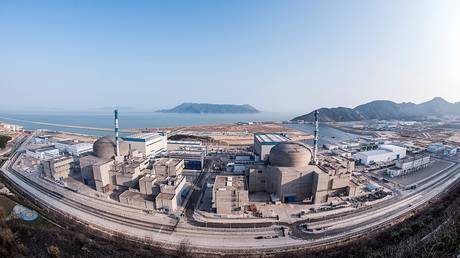 The Chinese government has claimed that radiation levels at the Taishan nuclear power plant in Guangdong are normal following media reports warning of an “imminent radiological threat” following a leak at one of the reactors.

Speaking at a news briefing on Tuesday, Zhao Lijian, a spokesperson at China’s Foreign Ministry, rejected concerns about the country’s Taishan nuclear power plant, claiming there are no signs of abnormal radiation levels surrounding the reactor.

“So far, China’s nuclear power plants have maintained a good operating record, with no incidents affecting the environment and public health,” Zhao said to reporters.

The statement from the Chinese official comes after media reports on Monday claimed that America was examining claims of a leak at the nuclear plant following a warning of an “imminent radiological threat” by Framatome, a French company that partly owns the reactor.

Framatome released a statement addressing the situation on Monday, confirming it was “supporting a resolution of a performance issue” but claimed the “plant is operating within the safety parameters.”

EDF, which owns Framatome, said that the problem had been prompted by an “increase in the concentration of certain noble gases,” stating that the issue had been caused by fuel rods.