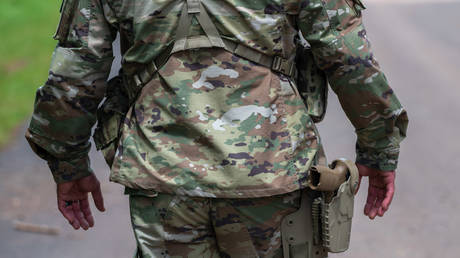 Four Bundeswehr soldiers were called back from a NATO “Enhanced Forward Presence” mission in Lithuania amid allegations they were involved in ‘racist’ and ‘extremist’ actsm as well as alleged sexual abuse at a ‘wild’ party.

The German Armed Forces have once again found themselves at a center of a scandal over allegedly serious “misconduct” of its soldiers. Several German servicemen deployed to the Baltic state of Lithuania as part of a NATO mission are suspected of singing “racist” songs and allegedly committing a sexual assault against a fellow female soldier, which is said to have been filmed.

“As far as we know, 10 soldiers are affected,” a letter sent by the German Defense Ministry to the parliament’s defense committee said, according to the German dpa news agency. So far, only four soldiers were recalled from the mission, the German media said.

According to the reports, a “recreational activity” in late April went totally wrong when the soldiers turned it in a “wild” party in one of the local hotels, ending up with the suspects singing “right-wing extremist” and “anti-Semitic” songs, and sexually assaulting a fellow female soldier.

According to some other reports, several drunk soldiers also threatened each other and allegedly engaged in a scuffle.

The incident was only reported by another soldier on June 8, prompting a military disciplinary attorney to launch a probe into the matter. Only after that were the perpetrators and their victims separated within the military quarters. The affected female soldier was eventually also sent to Germany last week following consultations with the troop psychology department.

The investigation into the incident is continuing and no accusations against any soldiers have been leveled so far, according to the reports. “What exactly happened in the course of a celebration is just being clarified at the moment,” German Defense Minister Annegret Kramp-Karrenbauer said on Tuesday on the sidelines of a NATO meeting in Brussels. She also promised strict punishment for everyone responsible.

“One thing has to be said in any case: Whatever has happened is in no way acceptable. It will be prosecuted and punished with all severity,” the minister said.

The incident also drew the condemnation of German parliamentarians. “There is no excuse for the reported misconduct,” said Alexander Mueller, an MP and the defense policy spokesman from the Free Democratic Party. He also criticized the fact that the MPs were informed about the situation “too late.”

The Bundeswehr has been plagued by a series of scandals related to far-right extremist activities within its ranks, involving even its most elite units like the Special Forces or KSK.

The KSK’s reputation has been seriously stained after a number of officers were found to have been involved in a far-right underground network plotting to kill some top German politicians, including Foreign Minister Heiko Maas. The scandal even prompted Defense Minister Annegret Kramp-Karrenbauer to partly disband one of the KSK units.

Several German soldiers have also been arrested in recent years for “hoarding” weapons and engaging in various controversial far-right activities.

The problem of “misconduct” is, however, by no means limited to German troops. Earlier in June, six British troops were kicked off a train in another Baltic state, Estonia, after fellow passengers complained about their drunken debauchery. They were also part of NATO’s Enhanced Forward Presence Battlegroup, located in central and northern Europe.
One British analyst, however, was quick to blame the incident on Moscow by saying Russia may have orchestrated the whole thing.