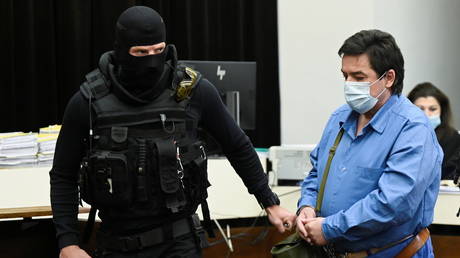 Slovakia’s Supreme Court has annulled the acquittal of a businessman accused of setting up the murder of journalist Jan Kuciak and his fiancee Martina Kusnirova, who were shot dead in 2018, and has requested a new trial.

In September, the Specialized Criminal Court had declared the accused, Marian Kocner, and his associate Alena Zsuzsova not guilty of orchestrating and paying for the hit on the two 27-year-olds, whose deaths rocked Slovakia.

However, the state appealed against the verdicts and on Tuesday a three-judge Supreme Court panel ordered the two men be retried.

The Supreme Court also upheld the judges’ guilty verdict on Tomas Szabo, one of the alleged contract killers hired by Kocner.

Szabo was given a 25-year sentence for the murder of businessman Petr Molnar, as well as for those of Kuciak and Kusnirova.

Two other men, Zoltan Andrusko and Miroslav Marcek, also pled guilty to the pair’s murder and were handed sentences of 15 and 23 years, respectively.

The Supreme Court said that the lower court had not adequately assessed the available evidence in making its decision to acquit Kocner and Zsuzsova.

In February 2018, Kuciak and Kusnirova were gunned down at their home in the village of Velka Maca, east of the capital Bratislava.

Kocner had allegedly threatened Kuciak after the investigative journalist wrote several articles about his business activities.