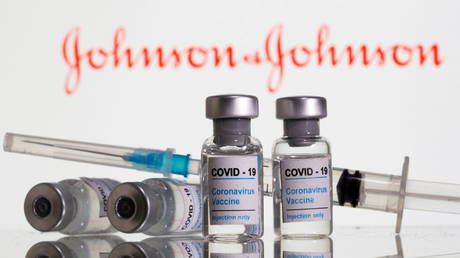 A spokesman for the EU commission has cast doubts on whether Johnson & Johnson will be able to reach its vaccination targets following the scrapping of millions of doses due to contamination.

In light of the batches being deemed unusable by the European Medicines Agency, the EU commission spokesman reported on Wednesday that it is unlikely that the company will meet its target to administer 55 million doses by the end of June.

The European Medicines Agency (EMA) revealed last week that 17 million doses of the Johnson & Johnson vaccine would be discounted as a safety precaution due to fears of contamination with the AstraZeneca vaccine in a laboratory in Baltimore, Maryland.

The US Food and Drug Administration (FDA) instructed last Friday that 60 million doses of the single dose vaccine were to be scrapped following reports that the AstraZeneca and Johnson & Johnson shots had been cross-contaminated. The FDA found that the plant failed to keep sterile conditions and that workers did not take measures to stop contamination from occurring. However, a further 15 million shots passed the FDA’s regulatory checks on Tuesday, meaning that they are fit for export.

The EU ordered 200 million doses of the vaccine from the American pharmaceutical giant and in April the company “stood firm” that it could reach these targets. However, only around 12 million shots have been administered.

As of Tuesday, 44.3% of EU citizens had received at least one Covid vaccination dose, although less than a quarter are fully vaccinated.